THAT ONE TIME I WENT TO THE 2016 CRITICS CHOICE AWARDS… 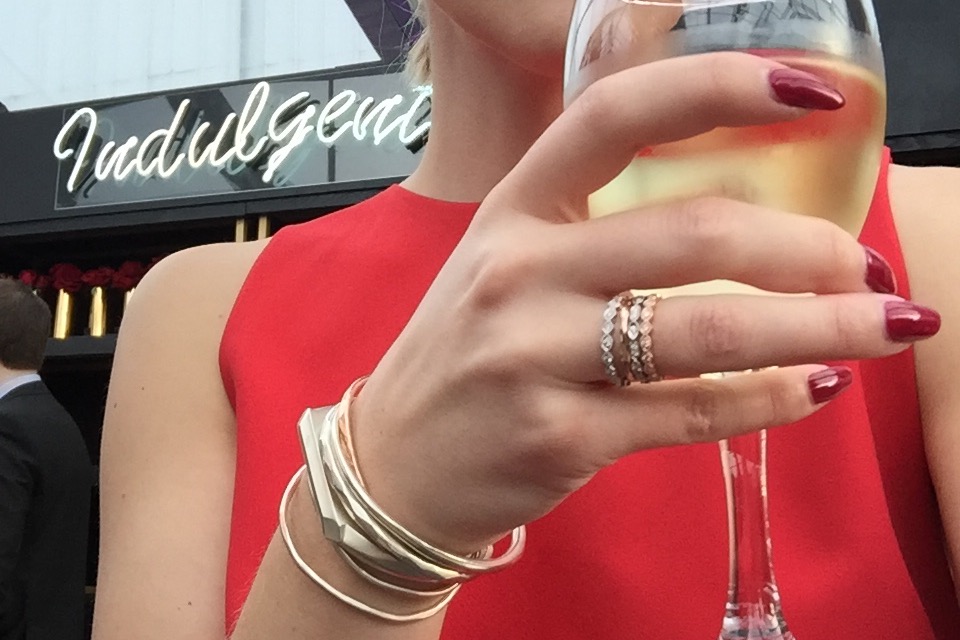 Oh yes my friends, it happened. I’ve become an official Angeleno and done what I consider to be the most “LA” thing to do in this town – I’ve attended my very first award show. TA-DAAA!!! Attending an award show might be considered the most “LA” activity, but for me it could very well be one of the most fun of LA activities at that. Any excuse we can snag to get dolled up, eat tiny treats, drink fine wine, and mingle with stars I think most of us will take. And by “mingle” I of course mean awkwardly try not to stare at them and access their every move.

This past Sunday I attended the 21st Annual Critics Choice awards with Santa Margherita wines and what an experience t’was. You could say “we’re having the awards party in the back alley, but we’ll have Santa Margherita wine” and I’d be there, fortunately the 2016 Critics Choice Awards was a much more preferable place to sip and try to act casual about the whole thing. From the gorgeous pre-party, to the incredibly entertaining show hosted by TJ Miller, to dancing at the jam-packed after party, Sunday at the Barker Hanger was most certainly a night to remember.

Next postA Peek Inside Little Pine | Vegan Never Tasted So Good Or Looked So Cute.