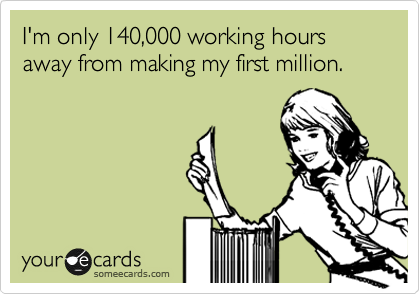 You know that saying… “It’s not what you know, it’s who you know”? …well it completely applies to Los Angeles. I’ve learned it to be true (the hard way) and I’ve spent some time recently doing a little further investigation and some serious contemplation on what the hell that’s all about. It works out for some, but not for all. So with furrowed eyebrows and a touch of frustration I started thinking… how do we deal with it, play the game, and come out on top. Well I’m still working on it but by God George, I think I have some ideas.

Yesterday I went out for a coffee with a friend from my high school years who had reached out to me about meeting up to discuss her interest in wanting to know more about my past position at Live Nation. Me, having a relatively flexible schedule these days and being the wonderful and amazing gal I am, I was flattered and more than happy to chat about how I might be able to help her. I admit there was a teensy bit of joy that came out of someone approaching me because they thought what I did for a living in LA was cool; it’s the ultimate compliment in Los Angeles. Someone’s curiosity in our career confirms to us that even though most days we contemplate the possibility of having a public mental breakdown, someone thinks what we do is awesome therefore we must be awesome.

Despite having left that position a few months ago, at our coffee date I still tried to make a concerted effort to brainstorm ideas and discuss ways to connect her with people of that world she seemed so keen on. What I’d realized midway through our lattes was that to my surprise (and slight delight) this meeting wasn’t turning out to be solely how I could help her. Any bit of information I gave her, she returned the favor by offering up an equal amount of advice and help for me? I had my “a-ha” moment of how we work to work in Los Angeles. We connect, we empathize, we play “I know someone who knows someone”, and we help. This may apply universally I realize but there’s something about the way we go about it in LA, and it’s definitely focused around the Los Angeles social structure.

As a young twenty something girl I’ve met numerous amounts of people who are here living in LA with some sense of uncertainty about where to go as far as building a career. There are plenty of Facebook complainers, friends, and drunk people at bars to remind me of the overwhelming sense of urgency and stress that seems to surround us. I realize this is the story of every twenty something, but the pressure in Los Angeles undoubtably proves to be different, and therefore gives us Los Angeles twenty somethings a little something extra to cry about. The pressure doesn’t seem to stem from concerns about money, we all seem willing to settle on pennies… and it’s not about skills. Being a part of this myself, I decided the pressure is more so about following your “passion” and/or gaining “status”. Status meaning the name of the company you work for, or your job title. It doesn’t necessarily have a negative connotation I just mean how badly do other people wish they were you, which in turn measures your cool factor.

It’s not easy getting a job here in LA, let alone anywhere during these economical tough times, especially if you didn’t go to school to gain a specific skill. I’ve found that having a broad array of “talents” and interests actually makes things a lot more difficult. In LA you either have to be completely invaluable and indispensable at what you do, or you better know someone! My mom is always saying things to me like, “I wish I knew someone in LA who could help you.” And she’s got a point, it’s not easy trying to sell yourself to someone who doesn’t somehow know of your existence. It can be completely discouraging sending resume and cover letter after resume and cover letter out, knowing deep down or being notified via LinkedIn, that “105 other people have applied for this job”.

Turn the ‘monkey chatter’ in your head OFF, don’t let that crap like the above discourage you. I’ve gone through several stages of disheartenment and confusion over my self-worth, everything from “sh*t, you’re not good at anything!” to “what the hell, you’re completely over qualified and you know it!!!”. LA is a tough critic, I know. My advice for the young, eager, maybe a tad confused Angelenos out there trying to find their way in this town would be this:

1. Most importantly, get out there and meet as many people as you can. Don’t take this lightly, the monster that is our social system and support is one of the most powerful things this city has to offer, after all that is what we do here! We hang out, we go out, we make friends and acquaintances solely to socialize. LA knows how tough LA is. There are plenty of social/networking events that go on all the time. If you’re not sure where to look, I suggest checking out Eventbrite.com, meetup.com – there’s a little something for everyone’s interests, and tons of opportunities to get out there and network.

2. Don’t be afraid to reach out to people you hope might be able to help you. You’ll be completely surprised in this town how willing people are to help. Trust me they went through it too and know how hard it is! A while ago I was introduced to several executives at Disney Music Group via my uncle (thanks Scott!), and I can’t tell you how encouraging and kind they were to take time to sit and chat with me. Approach potential contacts as though you’re curious and interested, but not necessarily looking or asking for a job. Of course, if an opportunity presents itself it would be the perfect bonus. But first make a conscious effort to learn what other people do before expecting an offer.

3. Research and send your resume to companies you are interested in. Duh! What I’m saying here is when you have no one to vouch for you, you’ve only got yourself to rely on. That cover letter, or email, should express your GENUINE interest and respect for the firm. It may be difficult to get through to big companies, such as film studios (trust me tired that and failed a while ago), but do it anyway. Positive energy goes where positive attention goes, and there’s nothing more flattering to a company than someone’s genuine praise and interest. A disclaimer however, as I’ve discovered living here, is that being too eager is unfortunately not a good look. The line is VERY thin here. It’s disappointing but it’s the hard truth so be careful about how often you bug someone. The line between annoyance and friendly reminders is practically invisible, you’ll just have to gauge for yourself depending on the company and the response (if you get one). Calls (in some cases) and drop-ins in this town are big no-no’s. The most stressful part about trying to get a job in LA is trying to accept so many no’s without feeling like you really gave it your all. I know. My last HR manager when I left gave me a little pep talk and said to me, “There will always be jobs. And you wont be jobless for forever.” That’s hard to remember sometimes in this town when all you wanna do is complain, “BUT THERE REALLY ARE NO JOBS!”. Just remember you know that’s not exactly true drama Queen (or King!). I’ve always compared finding a job to finding a significant other, and like a relationship nothing worthwhile is ever easy, you just have to believe you’ll eventually find what you’re looking for.

4. ‘Number 4’ may be the most brutally honest part of this post, but it was part of the reason I wanted to write it to begin with. While chatting over coffee with my girlfriend we started joking (well joking yet totally serious) that as sad as it sounds at LEAST 50% of getting a job in this town is to simply be likable. It doesn’t take a college degree to be successful in most positions in LA. It will require taste, fitting in with company culture, a touch of class/sass/intelligence, and yeah… just being likable? Identify with your ideal firm’s beliefs and sense of culture and you’ll be way ahead of the game. Of course, if you’re gonna be a doctor or a rocket scientist PLEASE get some pre reqs! But, for the rest of us in Tinsel Town… you know what to do.

For my own piece of mind let me just say, when people use the term “the industry” I suggest not using that term unless in the context of “the ____ industry”, like “music industry”, because as far as we’re all concerned here in LA… “the industry” is of a certain naked nature. Plus, I’m just not a fan of that term in general. There are a lot of “industries” in LA, heck, there are a lot of industries everywhere! Some of the industries of LA may be of a certain difficult, tough, stressful, glamorous, and perhaps even a little bit of a superficial nature, but don’t believe for one minute there isn’t something here for you, or that everything is unattainable. There’s something here for everyone. And even if mom, friends, bosses, or uncles can’t help you get a job, I promise you, you can do it here on your own. It’s just a lot harder. HA 😉