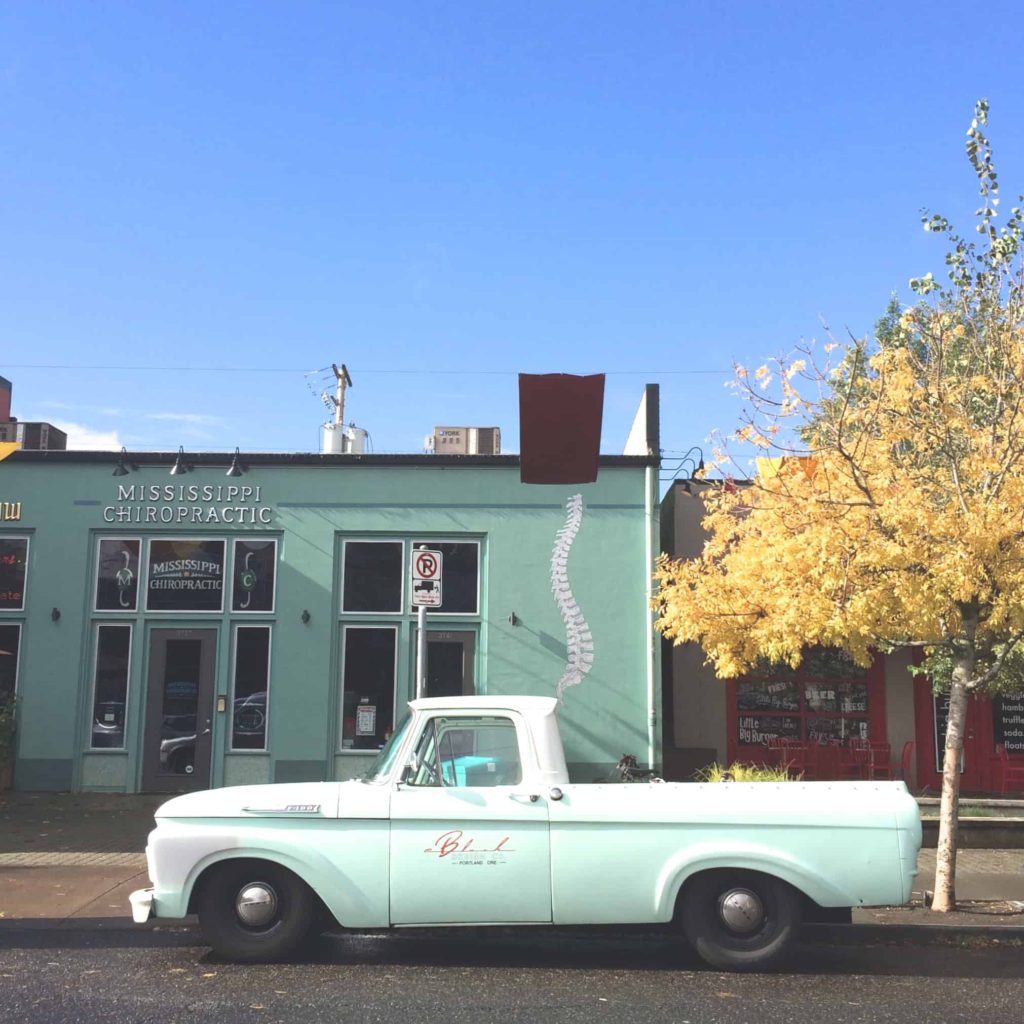 Fact: Portland is one of few destinations outside of France where your dog may accompany inside the local pub. Fact: Portland is home to more microbreweries than any other city in the world. Fact: Portland has more strip clubs per capita than any other city in the US. Fact: by law, if you serve alcohol you must also serve food… so strip clubs have food, and it’s totally cool. Fact: the people of Portland are the smartest (actual fact), friendliest, happiest lot of people I’ve personally ever met. Opinion: Portland gives Los Angeles a run for their money in the dining department as a whole, but they might be one step ahead particularly in terms of their brunch game. Honestly… Portlandians are kinda killing it up there in Stumptown. With everything.

We Angelenos love other happy people, we have high standards when it comes to brunching, we love a good craft cocktail, nothing makes us happier than a decent happy hour menu, and well dressed people make us feel welcome. Portland is the perfect designation for us Angelenos in need of a break from the heat and the fast paced LA madness, but being that Portland is a relatively large city, it’s tough to check off all recommendations in one trip. So, because you and I share very similar tastes in how to travel and enjoy a city outside of our own, here’s 10 crucial things (in no particular order) you should attempt to squeeze in on your next trip to the Land of Port. 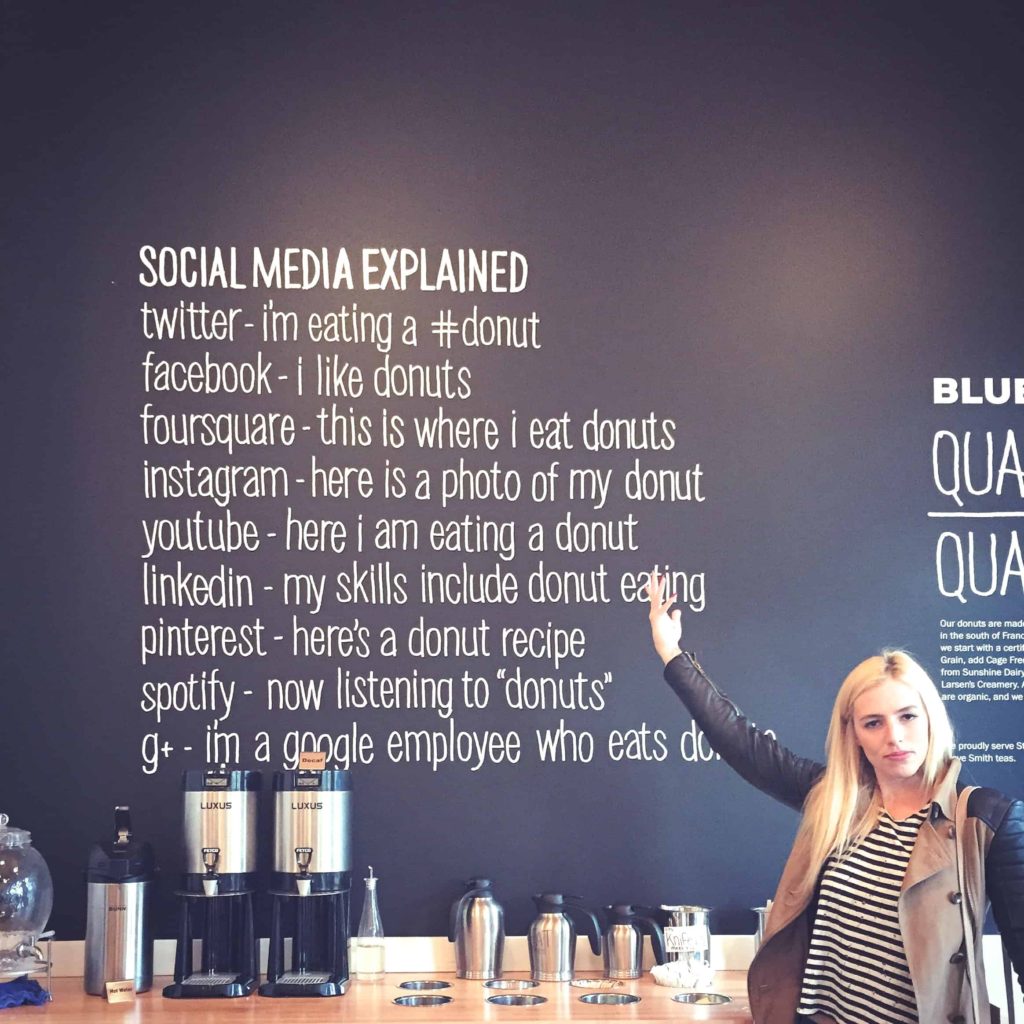 Judging on the fact that Dunkin Donuts, I repeat Dunkin Donuts, in Santa Monica still has a line out the door of people waiting to order the “basic bitch” of donuts… I think it’s safe to say we have a donut addiction in LA. We may have Donut Friend, SK, Fonuts, what have you, but we definitely do not have Blue Star and really, it’s a cryin’ shame. Blue Star has this whole weird donut flavor trend surrounded and I’m just gonna come right out and say it: they do it far better than Voodoo. Not to mention, Blue Star is far less overwhelming and their little works of sugar art just taste better – I recommend you go with their signature: the blueberry, basil, bourbon donut, but truth be told, you can’t go wrong with any of them. Trust me on this one, if you want a donut in Portland which, hello, why wouldn’t you, Blue Star is your destination. 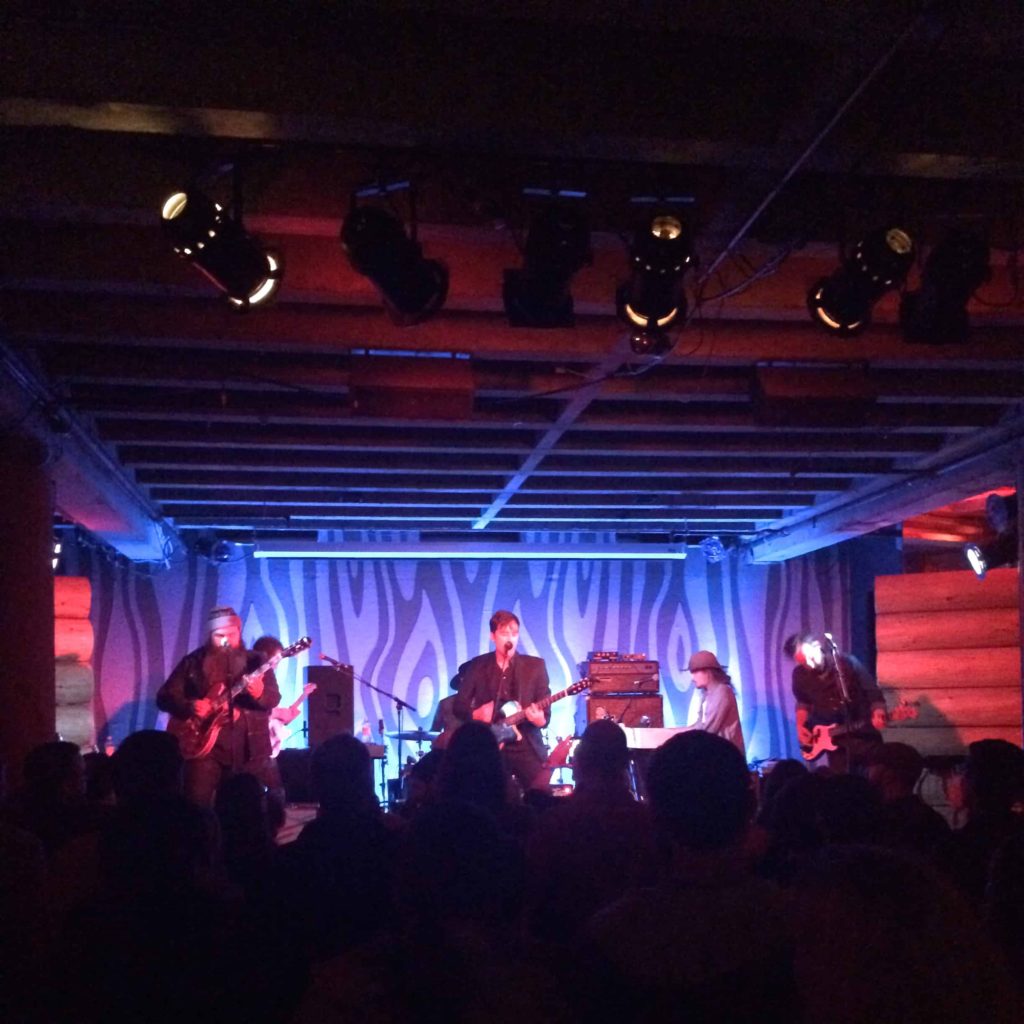 Portland much like Los Angeles loves its live music scene, but unlike Los Angeles you can catch bigger acts in smaller rooms for less money. Sooo there’s that? The Doug Fir Lounge in particular is a great place to see a show – it’s cozy, it’s got a Bigfoot Lodge vibe (if you know what I’m talkin’ about, kinda “log cabin hip”), and there’s a bar/diner located in the same vicinity should you be craving a late night bite or a post show cocktail. 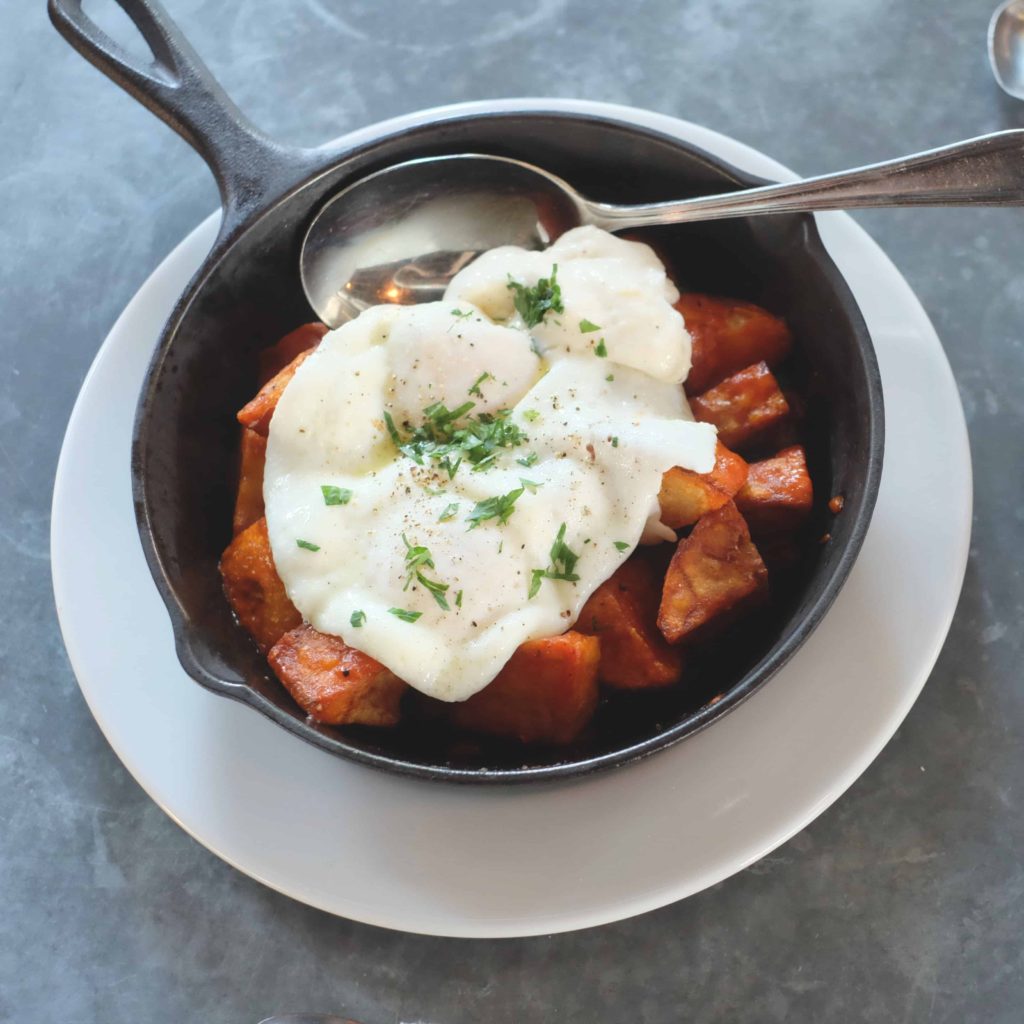 Tasty n Alder is a no-brainer – locals and non-locals agree. They’re known for their incredible brunch and the best part is, their brunch menu is available everyday. Now that, is something LA needs to get on board with, STAT. You absolutely without a doubt must order the chocolate potato donuts or may you live with the feeling as though something is missing in your life… for the rest of your life. I feel very strongly about those little donut balls, but while you’re there might I suggest you also take part in one of their signature dishes: the Potatoes Bravas. Those perfectly crispy potatoes covered in eggs and aioli are life changing. 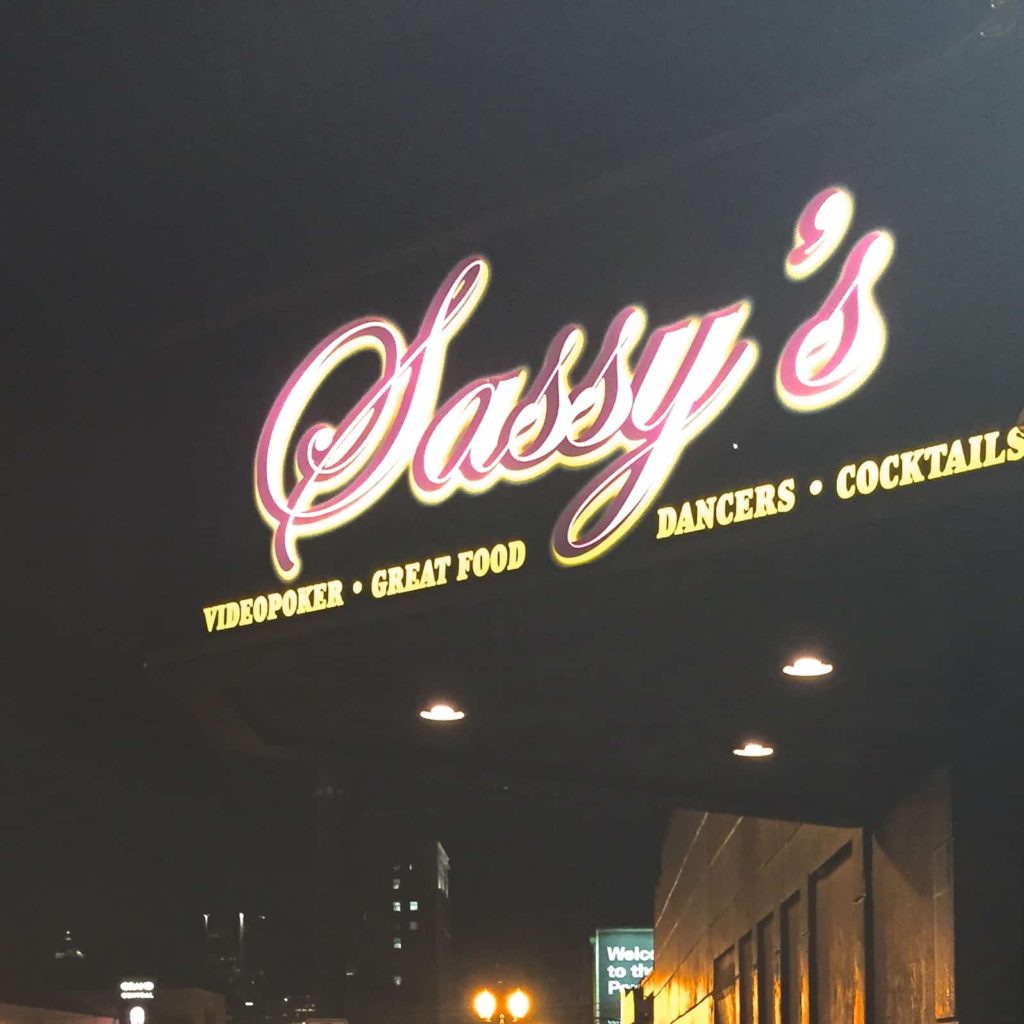 Weird right? Nope. Not weird at all as a matter a fact, because when you’re surrounded by strip clubs in a city where it’s pretty safe to roam the streets at night with a low chance of running into any creepers… strip clubs are just part of Portland charm. Portland allowed me my first strip club opportunity and I have to admit it was oddly casual and dare I say, pretty fun? Sassy’s Bar was what ended up being my strip club of choice, it was explained to me as being casual and female friendly, but I got the impression that ladies would be just fine and welcome at any club. Thrillist actually legitimately made a “Definitive Guide to Strip Clubs in Portland” aaaand uhh yep, looks about right. 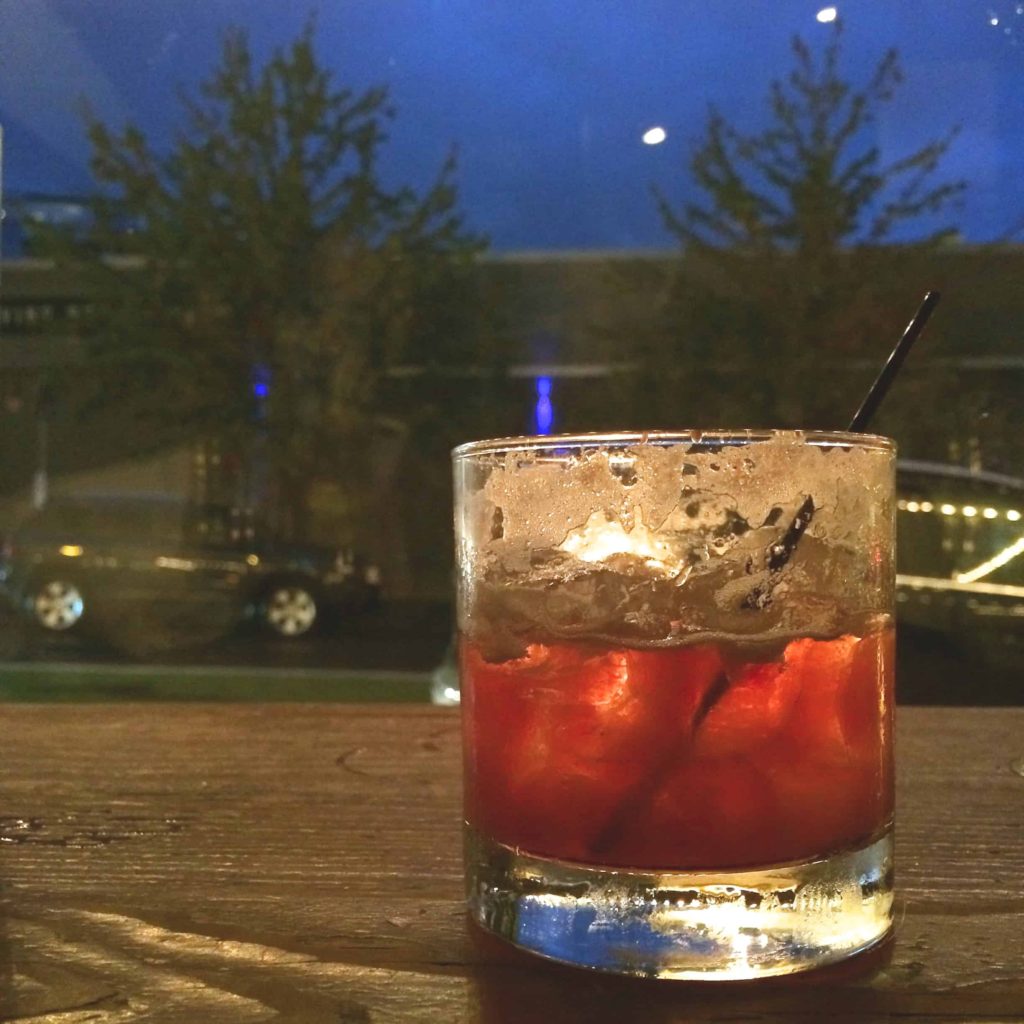 Ugh, we love the Ace Hotels, don’t we. Our love affair with LA Chapter can smoothly transition straight to a new romance with Clyde Common at the Ace Hotel in downtown PDX should you be experiencing that hip Ace-vibe craving. Much like its LA counterparts however, shit gets packed at peak hours. But, should you be interested in making the last minute decision to check out Clyde Common, make the obvious choice to go for their happy hour where the chances of finding a seat at the bar are higher and drinks and appetizers are cheaper. 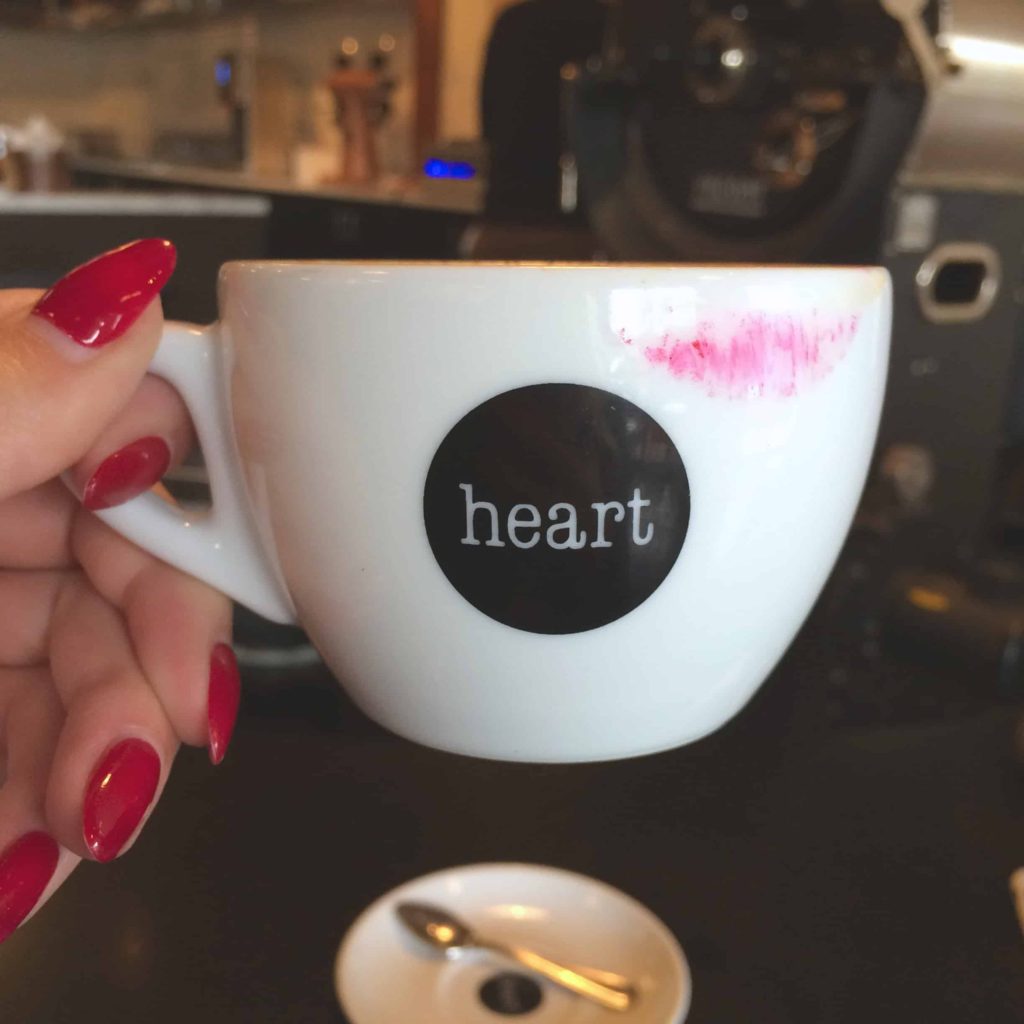 You hear tons and tons about coffee in Portland; “Stumptown” this, “cold brew” that, but my favorite discovery amongst all the PDX roaster finds was the Spicy Chai from Heart Roasters. Every time you order it the barista will say “have you had it before…” because it really is “spicy”, but if you like Chai, there’s a pretty good chance you’ll love Hearts Chai Latte. But hey, worst case scenario you hate chai, their cappuccino was equally as satisfying and the two locations I visited we’re just great spots to sit down and hang at for a minute.

7. The Salumi Pizza from Nostrana 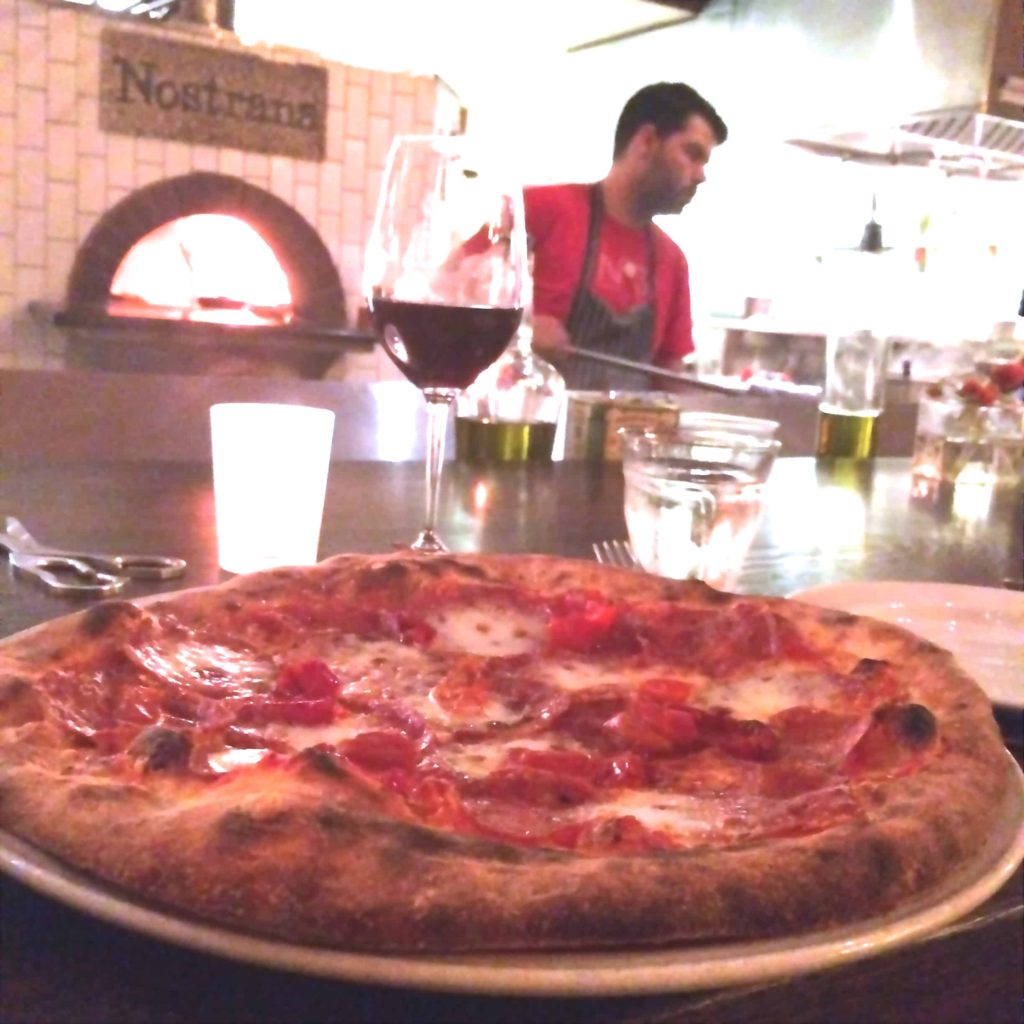 I kid you not when I tell you that one of my taxi drivers was a blogger and is known as The Epicurean Taxi. What did the Epicurean Taxi have to say besides “get your butts to some microbreweries” and “go to Sassy’s”? “Go to Nostrana.” Being that Sassy’s was a complete success, Nostrana was an obvious decision thereafter. He mentioned it’d be one of the best Italian meals I could get in the city but it wasn’t until I had Nostrana’s Salumi pizza that I realized to what extent. Made up of calabrese salami, tomato, provolone, house mozzarella, oregano, honey, and mama lil’s, it was without a doubt one of the best pizzas I’ve ever had. There’s nothing much to say about it besides the fact that it’s just one of those perfectly balanced pizzas you have to experience for yourself. (Reminded me a bit of 800 Degrees, to give you Angelenos an idea.)

8. Have A Glass of Wine and Hang at Enso Winery’s Tasting Lounge 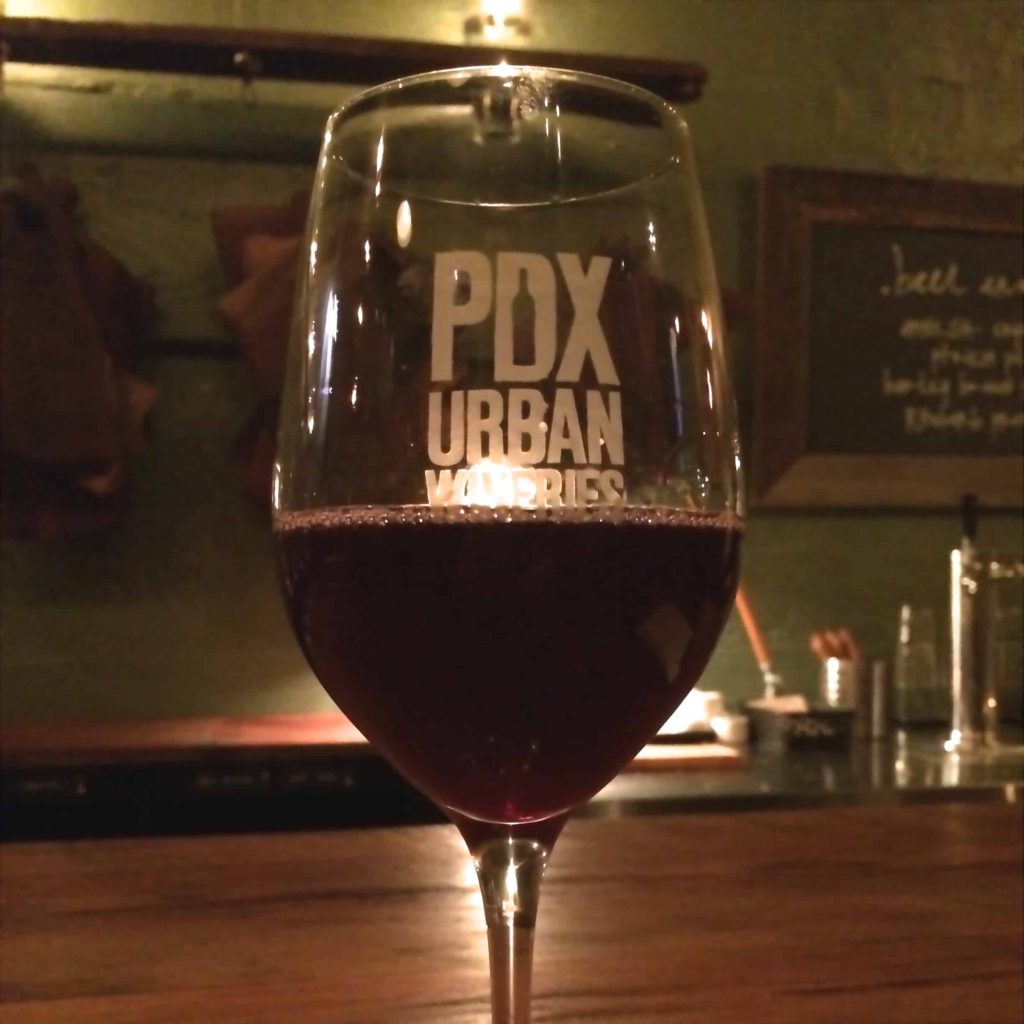 Oregon is known for their wine (among other alcoholic beverages of course), so you might as well do a little tasting to see what their grape goods are all about. If you’re gonna taste wine in PDX proper, Enso Winery’s tasting room is an awesome place to hang and sip a varierty of quality wine. Enso has that rustic urban decor we tend to gravitate towards, they offer plenty of seating, and not to go un-noted, a cheese plate that pairs just pleasantly with whatever it is your drinking. – If it’s available, try their Pinot.

9. Go to Pok Pok and Order the Chicken Wings 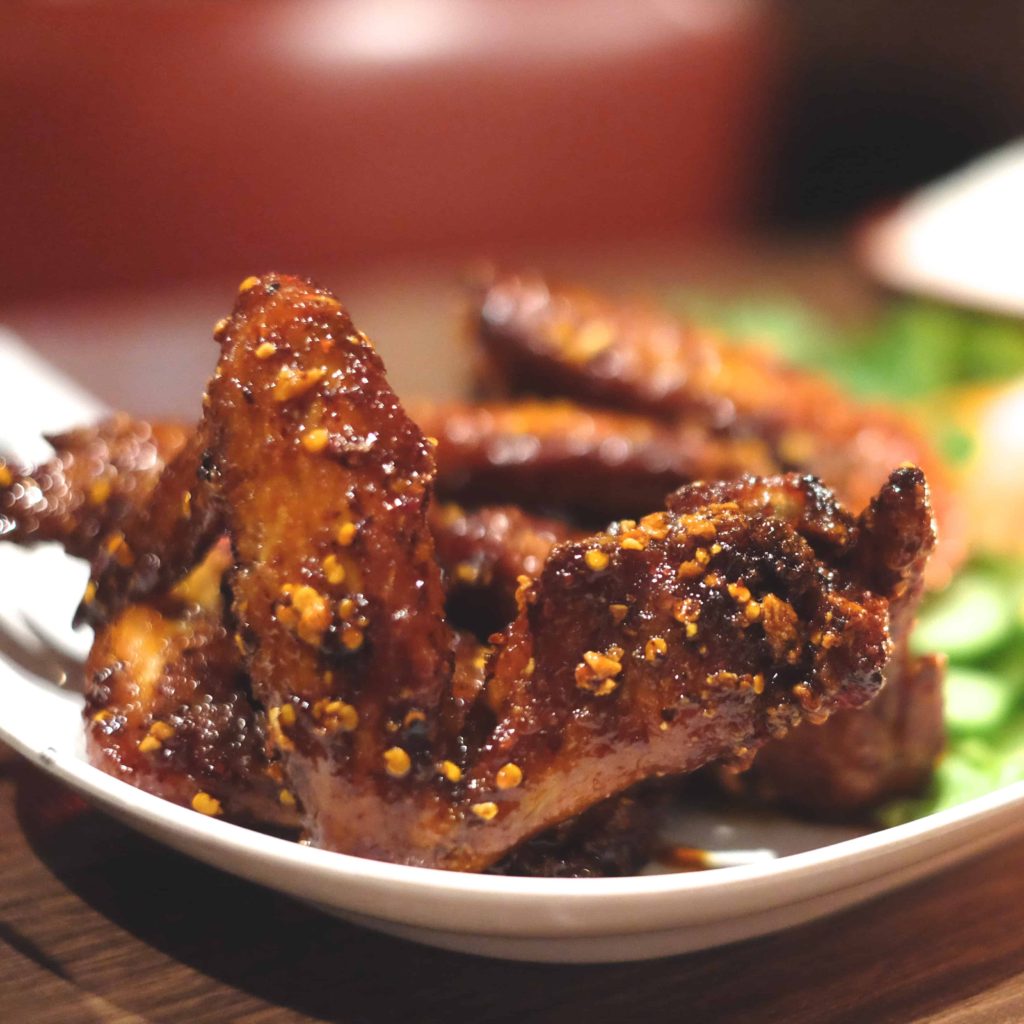 All anyone has to say about dining in Portland is “POK POK!!!!” I was almost tempted not to go because that’s quite a bit of hype to live up to, but as it goes sometimes, the stars aligned one fateful eve and we managed to experience exactly what it was everyone was freaking the fuck out over. Was it worth the hour and half wait? Eh, if it weren’t for those chicken wings it’d be debatable. The menu is Thai, but it’s definitely no Thai we’re used to which actually made it fun having to experience a take on a cuisine I never had the opportunity to try before. You might need help on what to order but without a doubt get the chicken wings with a side of hand wipes.

10. Brunch Round 2 at Simpatica 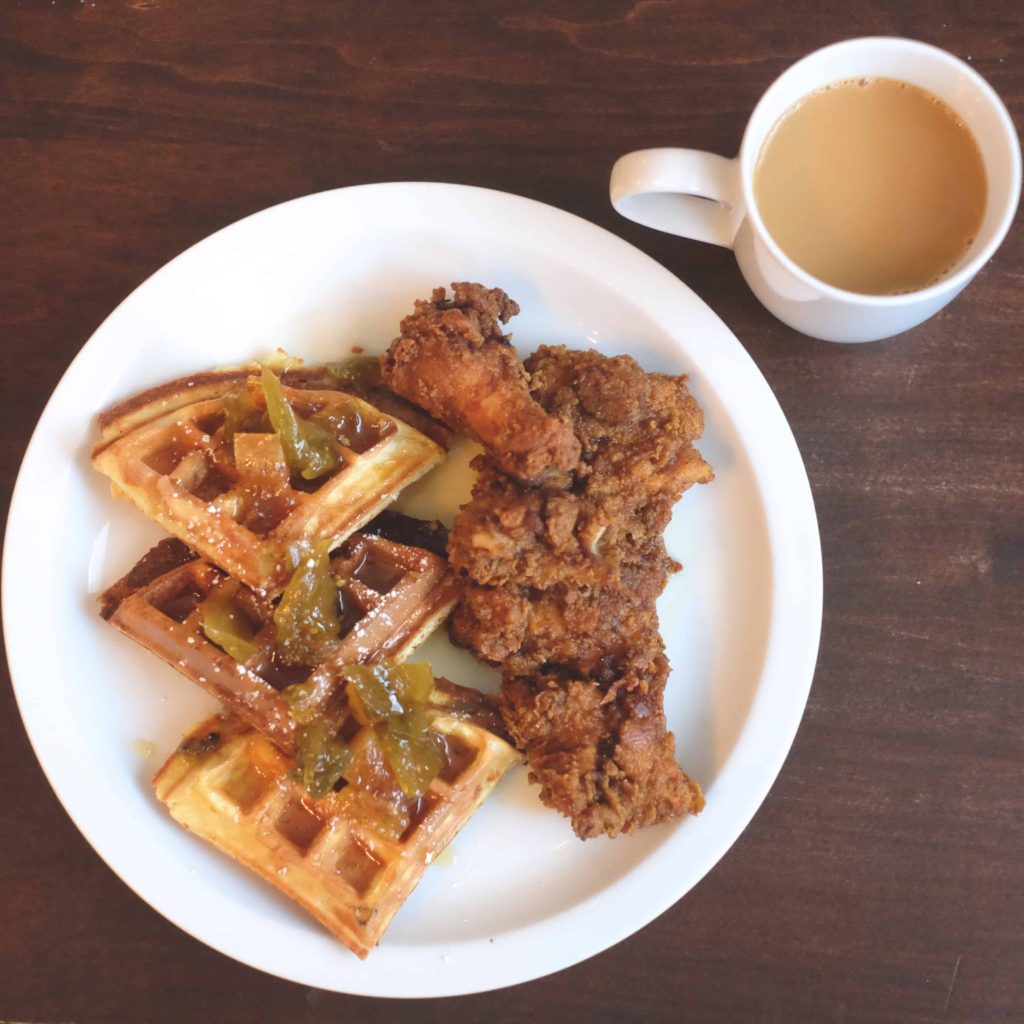 You simply cannot have enough brunch in Portland, or in life in general. Simpatica was one of several brunch spots that got lost in the recommendation shuffle but in a moment of “meant to be”, I was walking the streets in search of breakfast when I saw a little white sign with an arrow that read “Simpatica”. Based on the lack of seating and the basement like location, I got the sense this was one of those spots mainly locals came to, and that alone sold me on their credibility. I also got the sense that they’re very “Portland” in the way that they frequently change their daily/seasonal menus, so if they don’t have the chicken n’ waffles I’m sad for you but, from the looks of everything else I saw… you’ll be happy with whatever you order.

Next postMeet The Designers | Calvin Rucker