THE ANGELENO’S GUIDE TO A WEEKEND IN SEATTLE 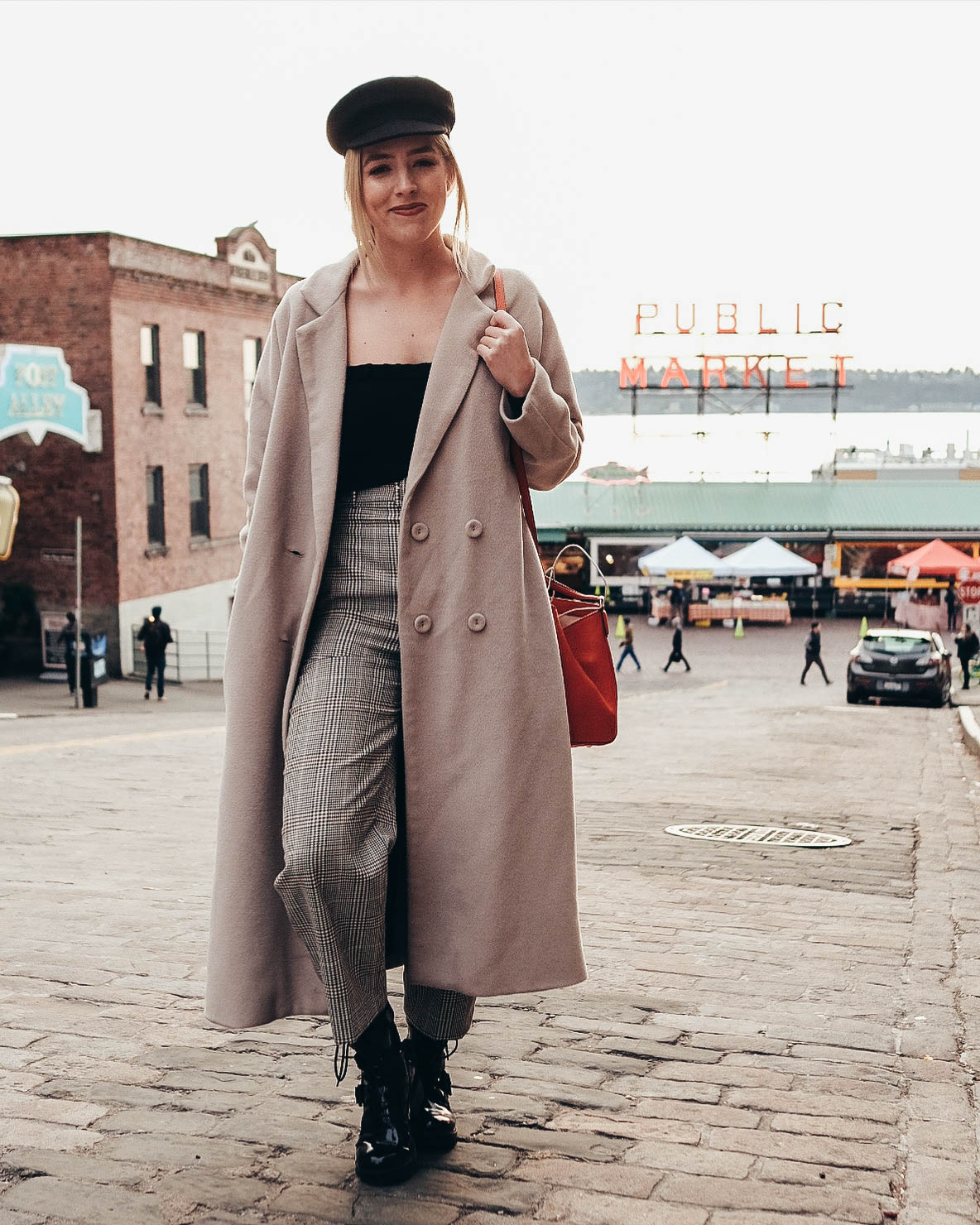 I know some people with some serious civic pride, I may even be one of them, but out of all of the places I’ve been I’ve never truly experienced local love and hometown pride quite like it is in Seattle.

Let me just start with the fact that there are collectively no nicer human beings on earth than Seattleites. It’s just a fu*kin’ fact. They are so kind and so genuine that it actually hurts my feelings. Secondly, Seattle is just an absolutely beautiful city. I know, you’ve heard this before right? Well, I can’t help myself. It’s truly picture perfect, in all its Pacific Northwestern glory.

Most importantly, the culture in Seattle is incredibly fun, approachable, charming, and rich. From the people, the food, the coffeeshops to the microbreweries this town is filled with incredibly cool small businesses…. And, between flights, entertainment, and accommodations, it can be a pretty affordable trip!

I spent 4 days in Seattle just a few weeks ago, and with the help of several Seattle friends – both new and old – I’ve compiled a list of my favorite things the city has to offer. Your next cold weather weekend getaway awaits. 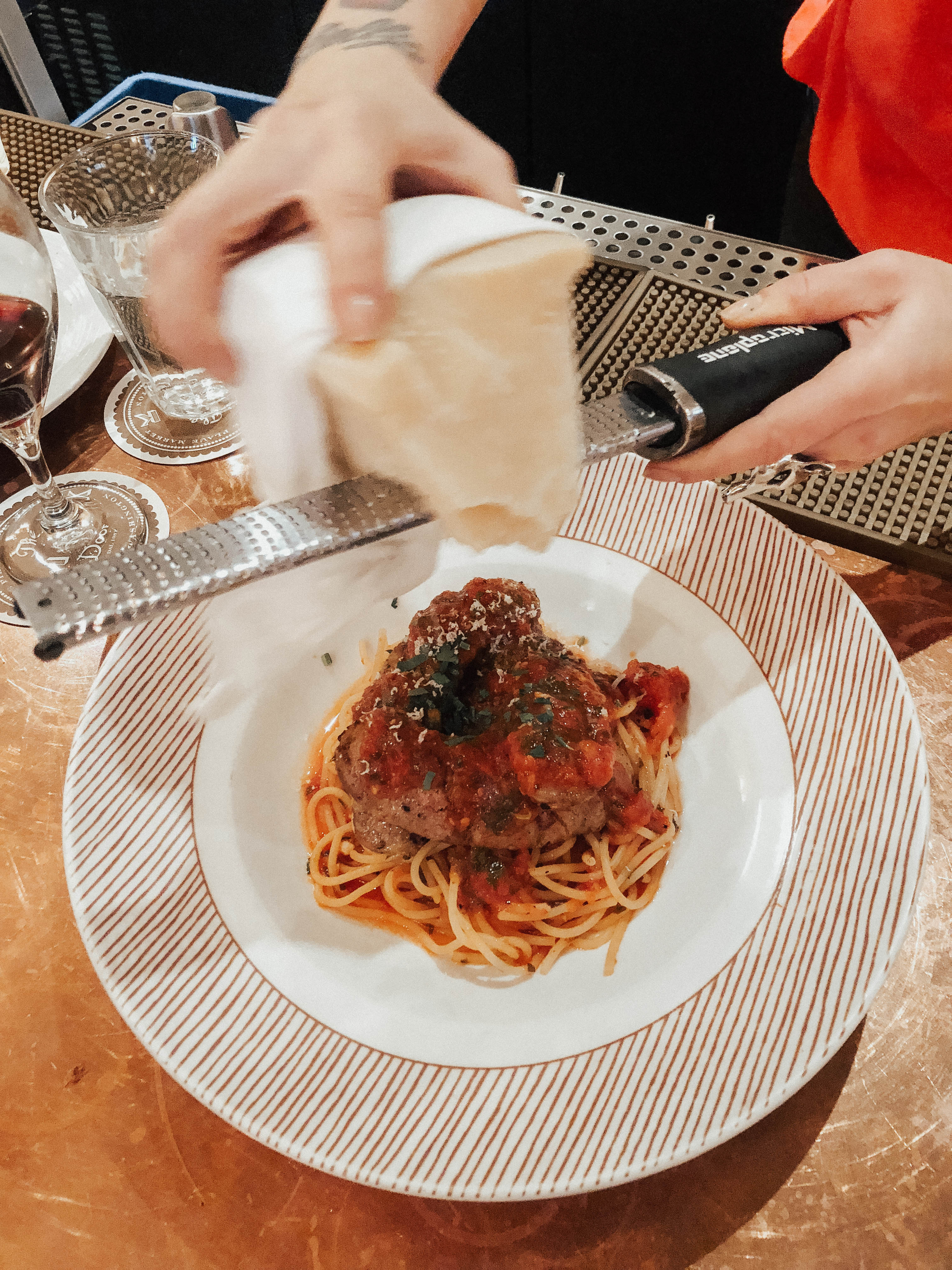 Located right in the Pike Place area, The Pink Door is the perfect place to pop in for a bite if you’re looking for something a bit less casual than the stalls around the market. Order the spaghetti and house made sausage and thank me and Nonna later.

Seattle is one seriously flavorful city, and Korean influenced Joule, located in the cool Fremont Collective area, is definitely a local favorite. I came into Joule for brunch, had their now famous chicken fried steak and waffles, and can honestly tell you that it was one of the top 5 best brunch dishes I’ve ever had. Ever. 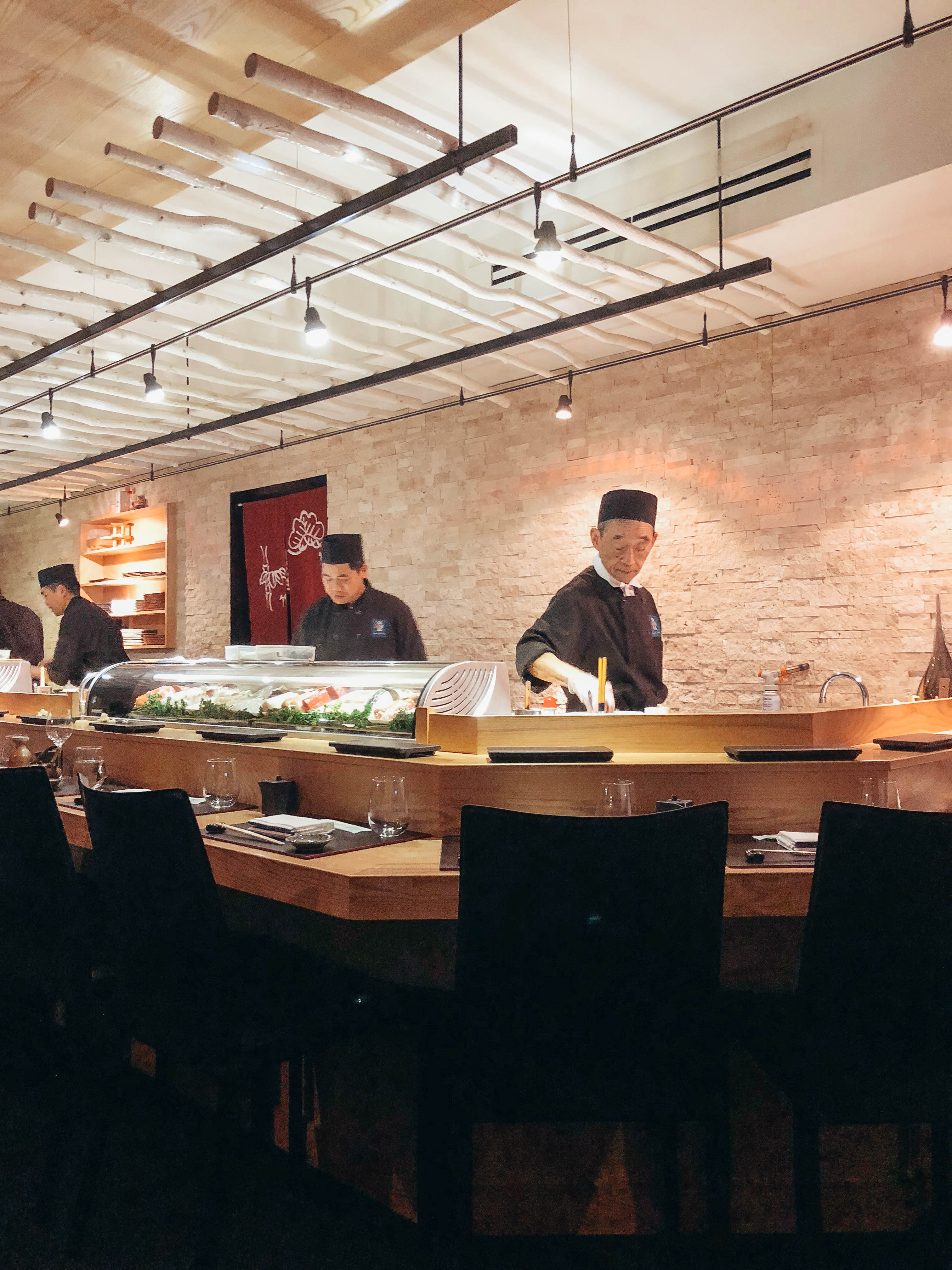 If you’ve ever seen the film Jiro Dreams of Sushi, Sushi Kashiba is a must. Chef Shirt Kashiba apprenticed in Japan under world renown sushi chef Jiro Ono, and now lives in Seattle and is running the joint at Sushi Kashiba. His first endeavor was Shiro – still a bustling famous sushi restaurant in Settle today – but his latest endeavor, Sushi Kashiba, is where you’ll find him today. It’s a beautiful space, the sushi is unparalleled, it’s a bit tricky to get into, a bit expensive once you’re there, but so entirely worth it.

If there’s one obvious thing about Seattle, it’s that there’s definitely no shortage of seafood. Per SEVERAL recommendations by different people, we had dinner one night at RockCreek, which is in the cute and quiet Fremont district. They have a variety of fresh fish dishes, as you’d imagine, as well as some kick ass craft cocktails. We absolutely loved it. 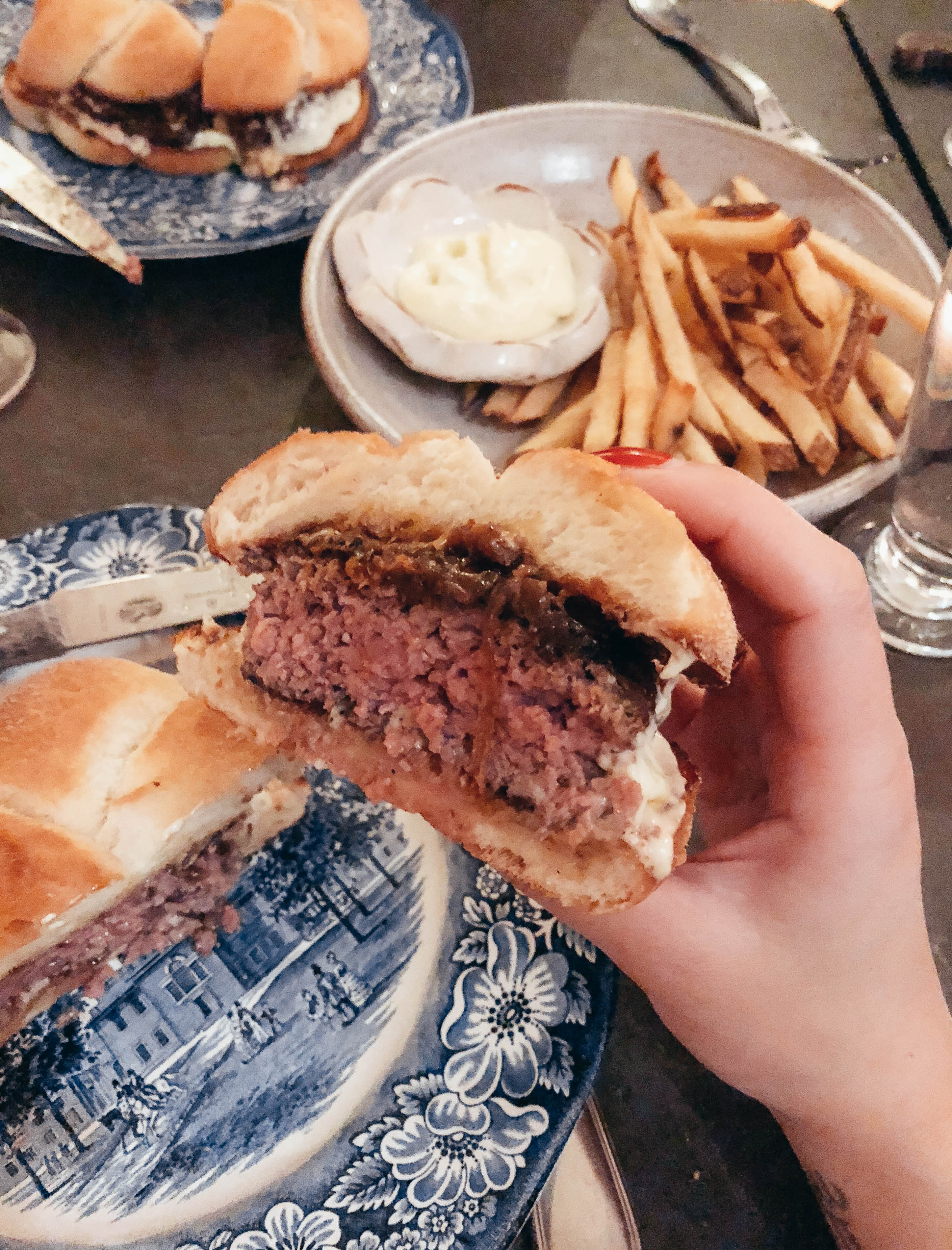 If there were a restaurant in Seattle that was “so LA”… in the best way possible… it’d be Bateau. Bateau is a gorgeous chic little neighborhood steakhouse, and the reason you go is to get their off the menu burger. It was suggested to me by a fellow foodie friend of mine and since I am dating “the burger king” – as I so fondly refer to my boyfriend as – Bateau had to happen, and it was easily one of the best burgers I’ve ever had. When I come back to Seattle, the burger at Bateau is definitely happening again. Definitely. 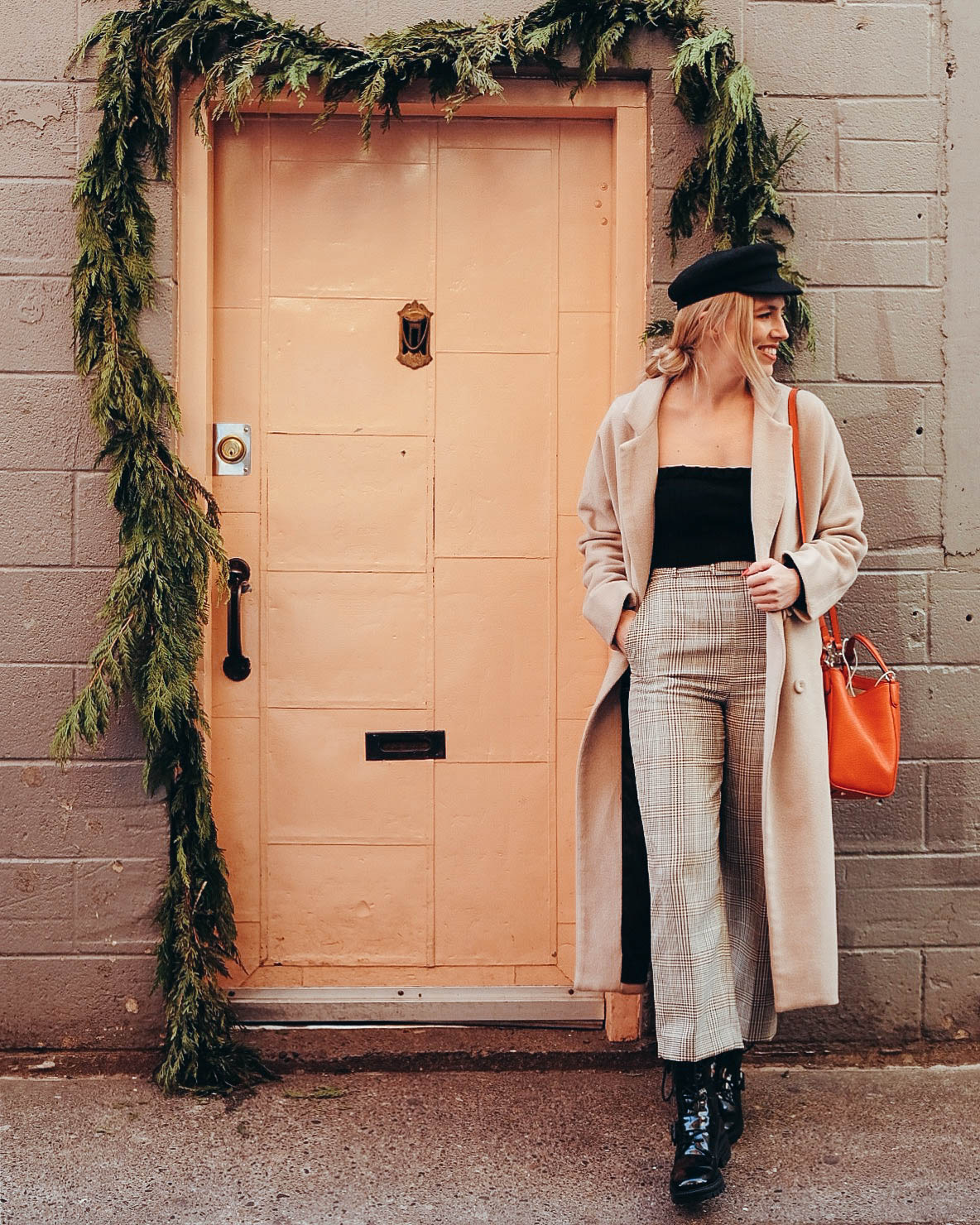 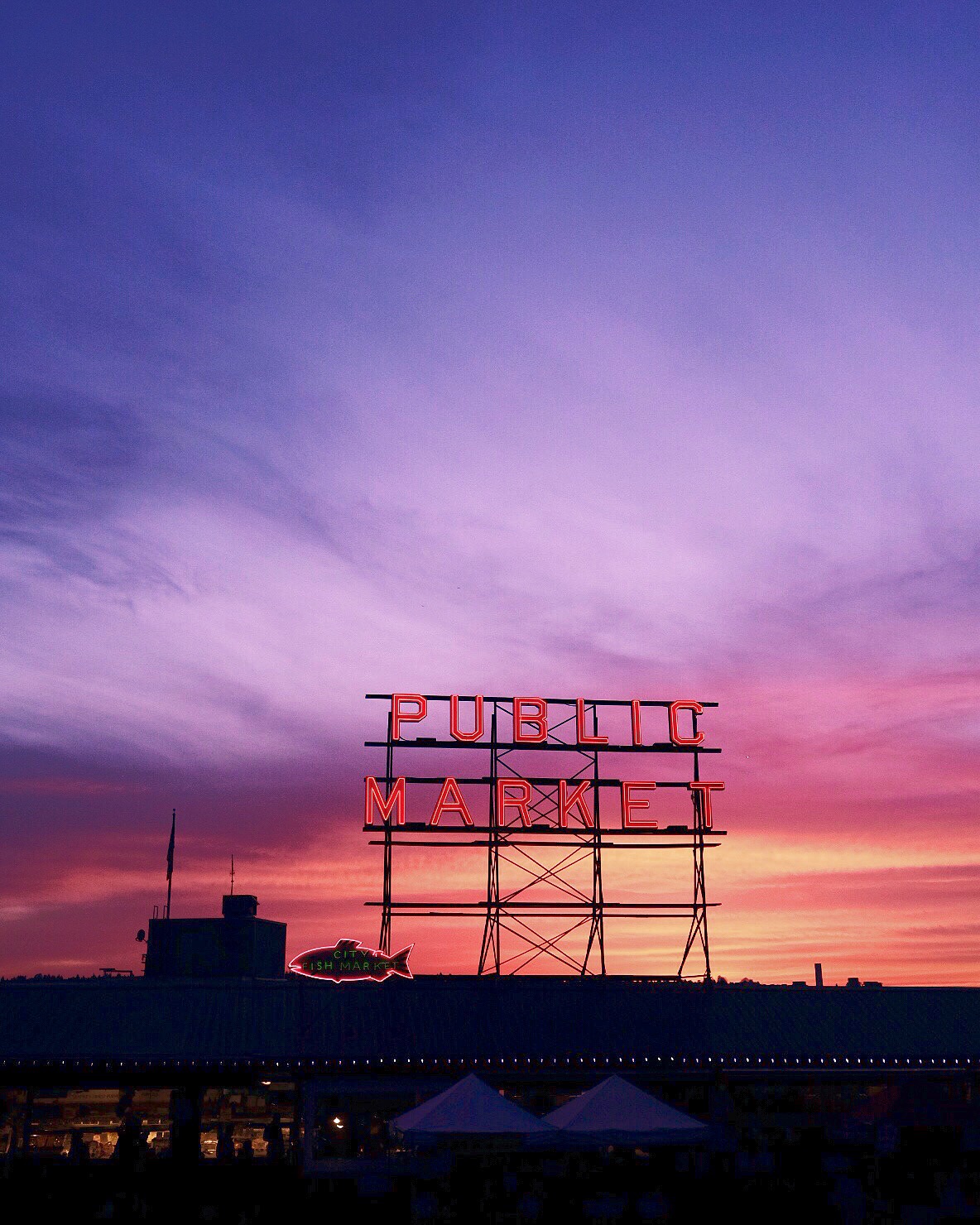 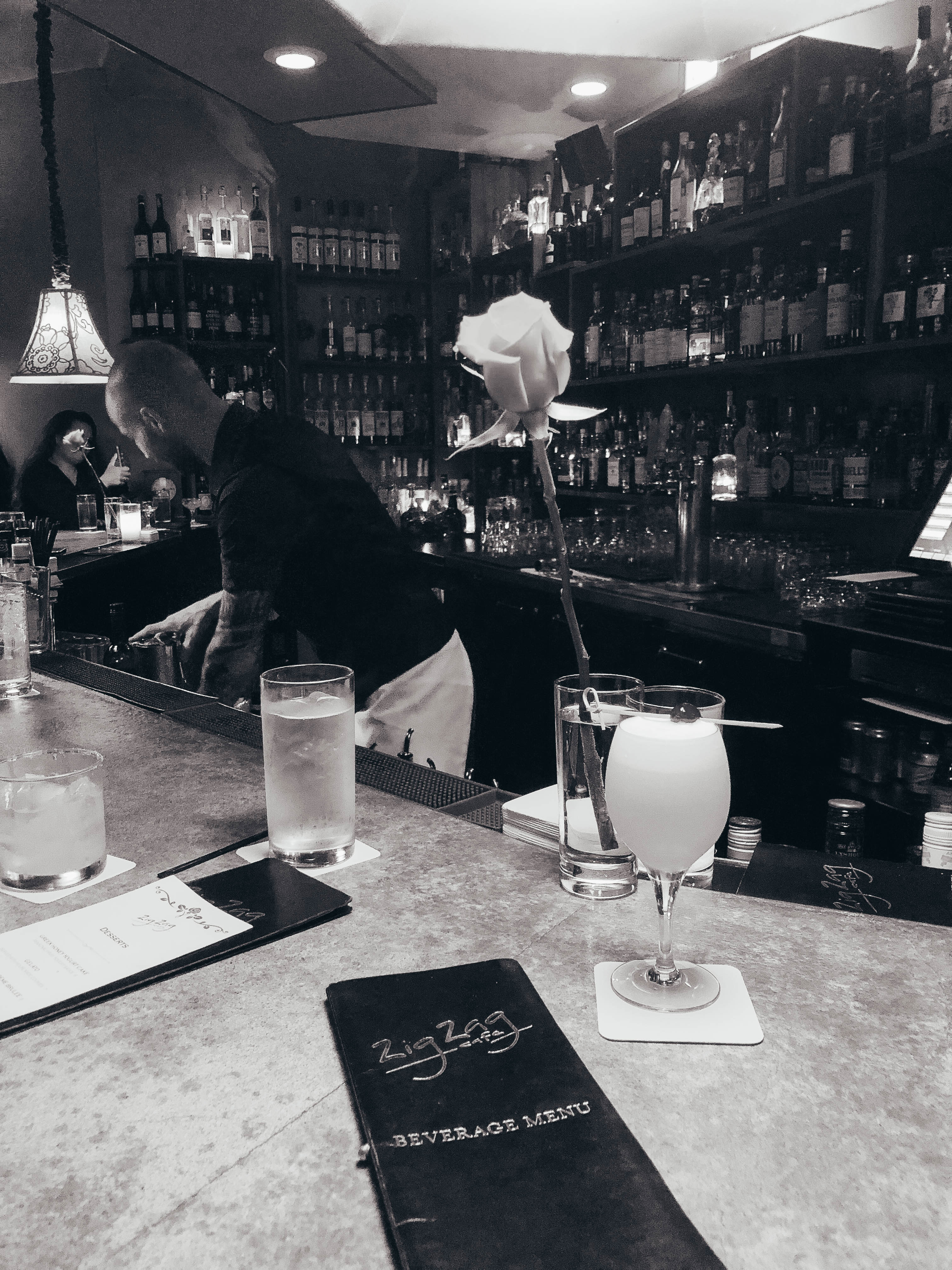 If there were a bar/restaurant in Seattle that I WISH were in Los Angeles, it’d be Zig Zag. I experienced the most incredible bartender (hands down) who makes some of the best craft cocktails I’ve had the pleasure of enjoying. Please come to LA.

We ended up in Tavern Law looking for Needle & Thread, which turns out is a speakeasy somewhere inside Tavern Law. Sadly we never made it into Needle & Thread, it seems like quite the popular joint, but we ended up having the best time at Tavern Law. They have a great happy hour, great drinks, and the perfect warm and cozy tavern vibe you crave in  cold rainy weather. 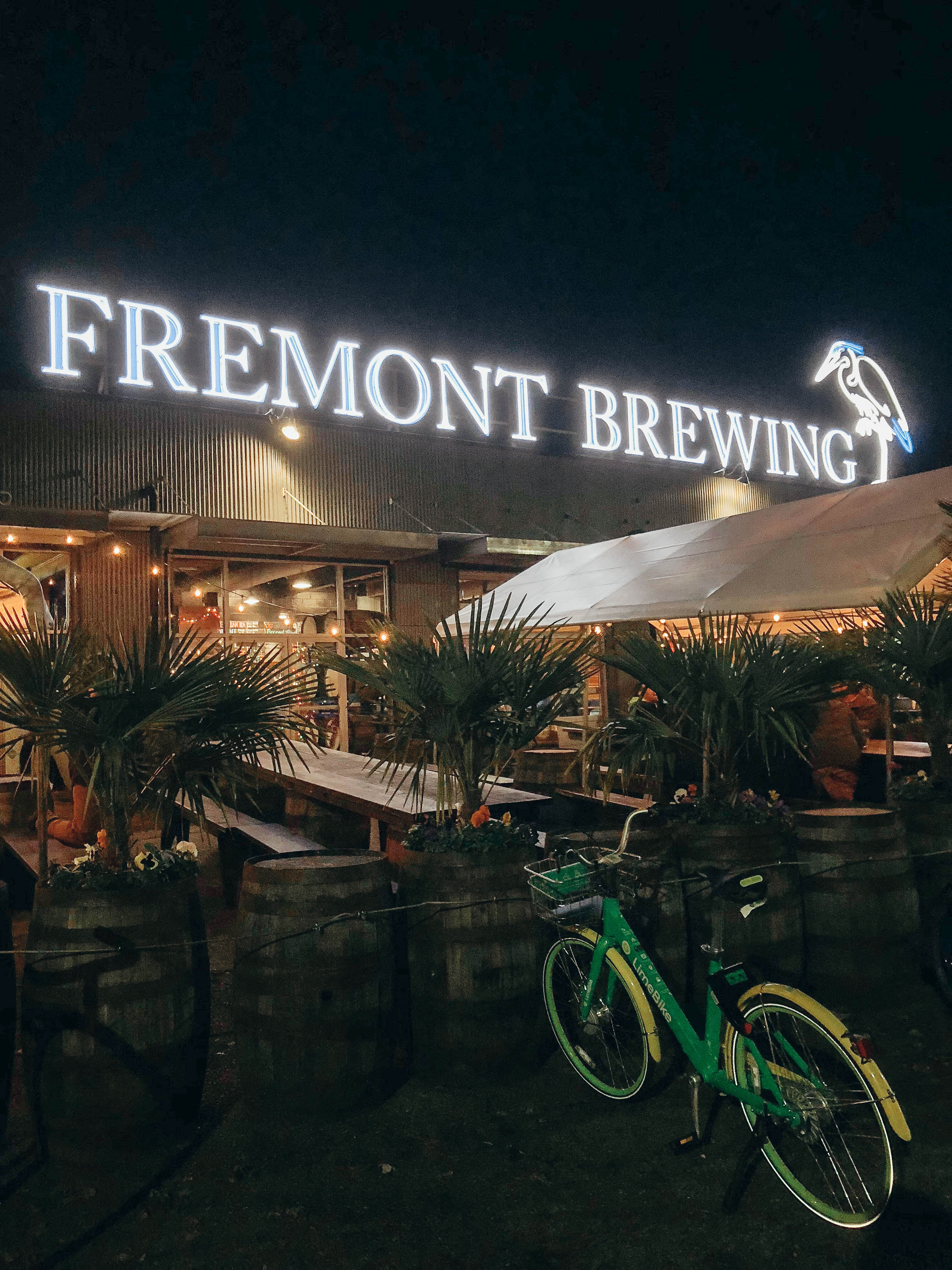 Fremont Brewing came recommended by just about every friend who lives in Seattle, and judging by the fact that I went not once, but three times in four days I guess I can say I see what they love about it!

If you’re looking for the most “LA” type speakeasy/cocktail bar in Seattle… complete with back alley door, a doorman, a hip vibe, craft cocktails and all… Bathtub Gin & Co is your destination. 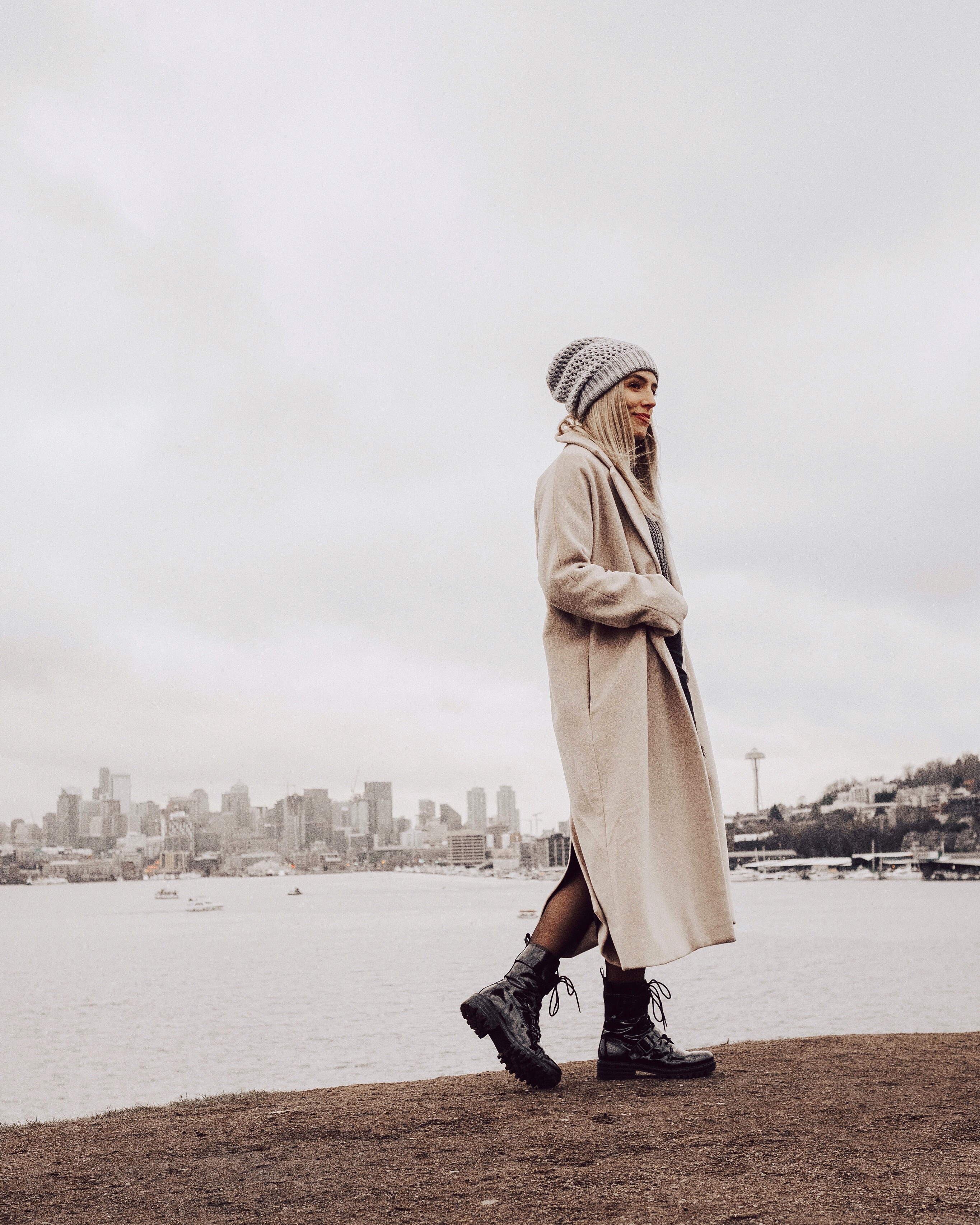 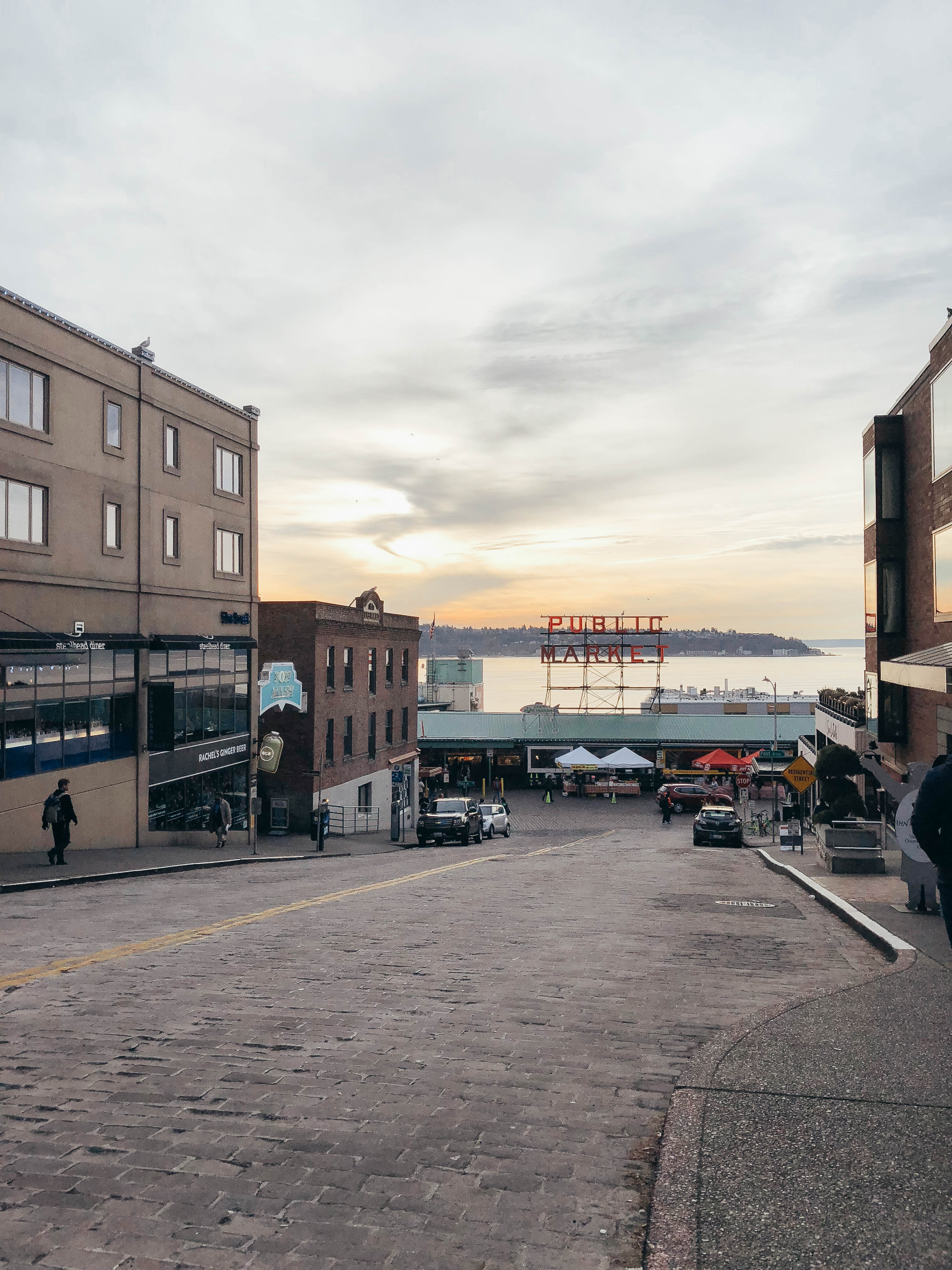 Duh. Plenty to see, plenty to eat. Dont skip Piroshky Piroshky, the FIRST Starbucks, Beecher’s Handmade Cheese, and if the hot apple cider stand is out there… do it.

Did you know downtown Seattle actually burned completely to the ground 1889? A fair portion of the new city is actually built on top of the old city, and these days you can take an underground tour to see the remains in Pioneer Town. It’s silly, but everyone – even the locals – say it’s a must.

You’ve never heard anything quite like the roar of Seahawks fans cheering on their team. It’s an AMAZING stadium and just a fun way to spend a Sunday in Seattle.

This is where you need to go to get your fill of Seattle wildlife, greenery, and natural beauty. It’s ideal for strolling, but if you’re feeling adventurous you are welcome to kayak or canoe too! 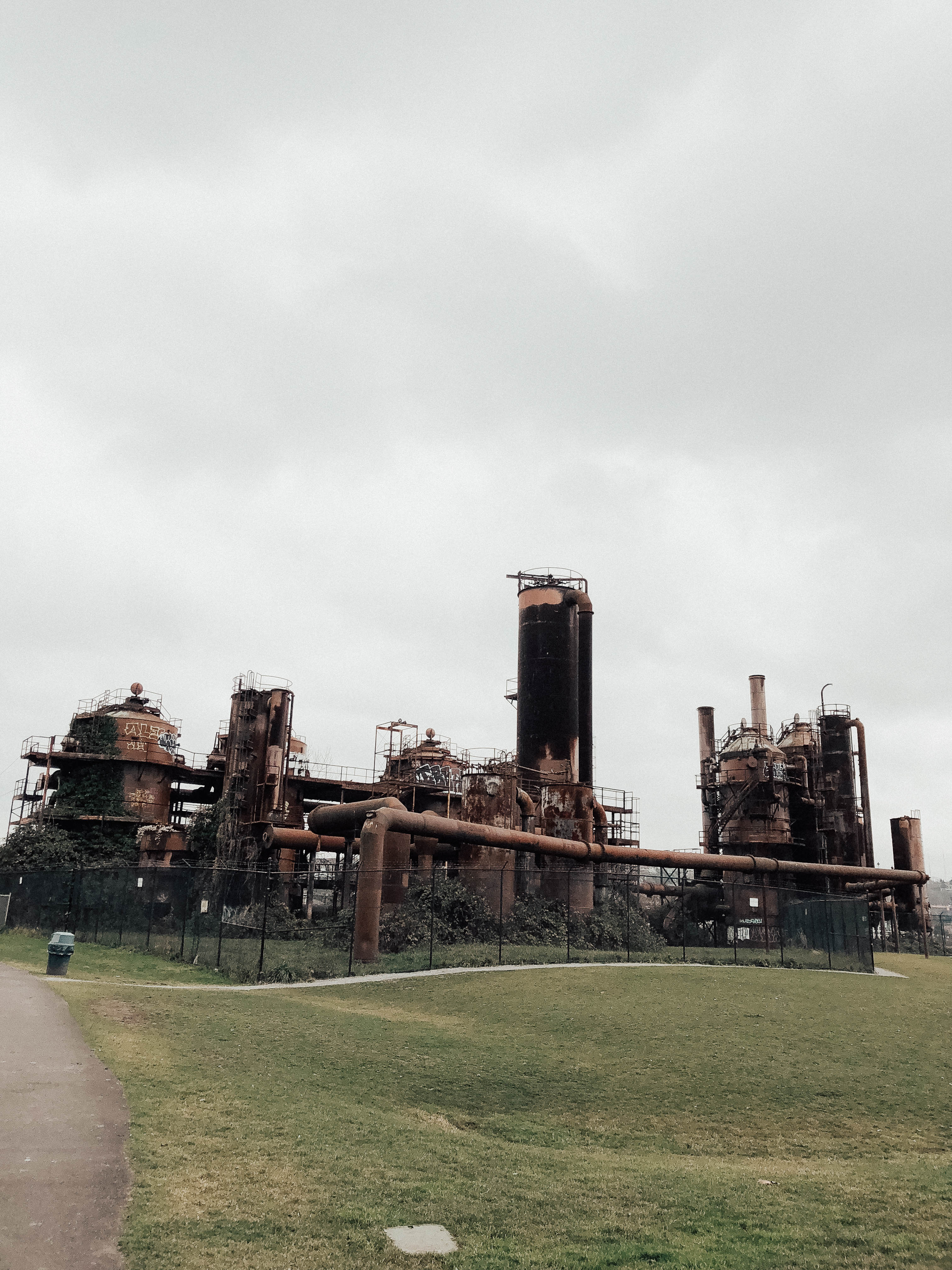 After brunch at Joule or drinks at Fremont Brewery, take a walk over to Gas Works Park for an epic view of the city – some (me) might even say the best view of the city. 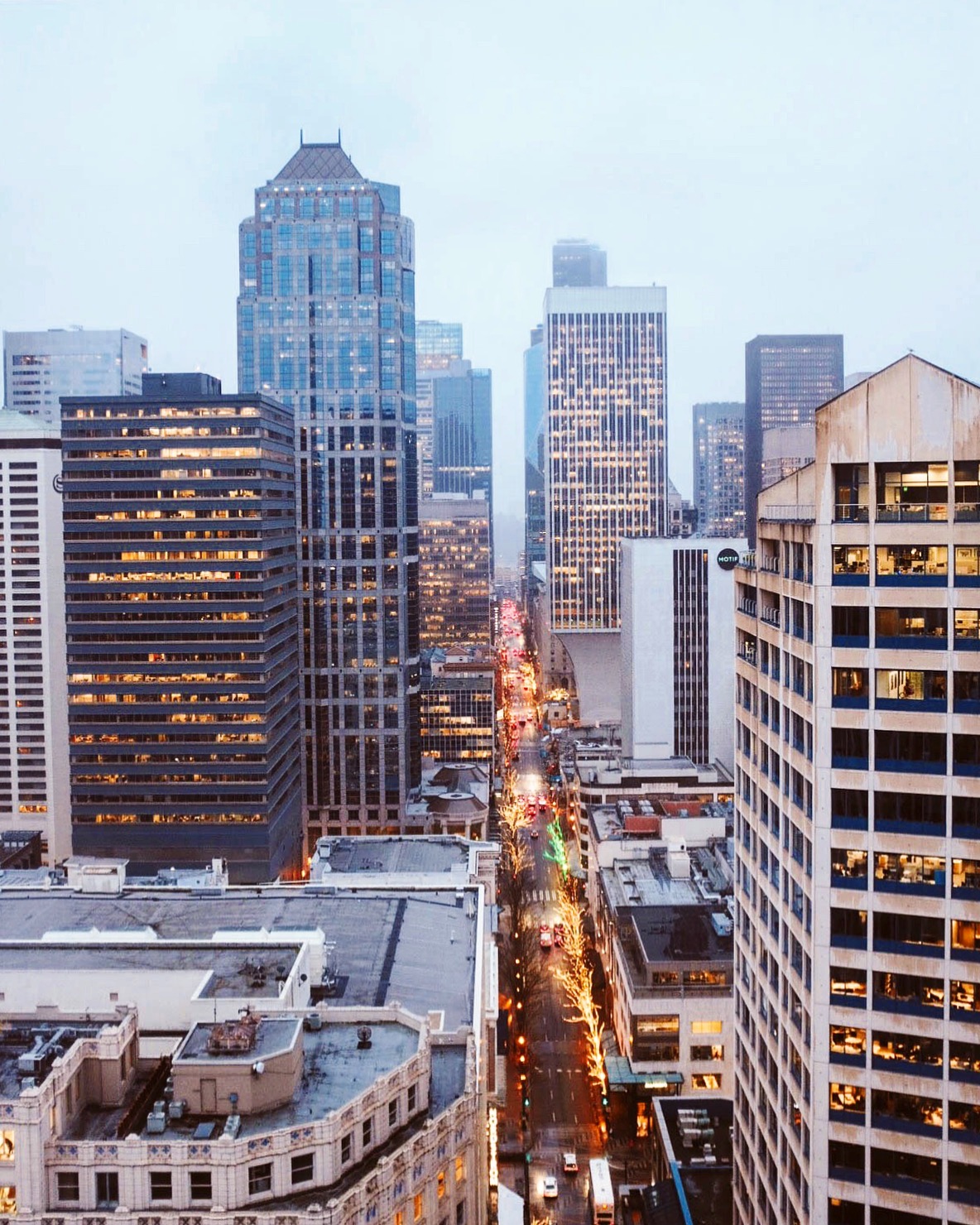 Ace Hotel – this is the first Ace Hotel! It’s a classic Ace Hotel, with a higher end hip vibe.

Fairmont Olympic Hotel – just a stunner. If Fairmont Hotels are your style, you’ll love this one.

The Sorrento – One of the coolest and oldest hotels in Seattle (opened in 1909!)

If you have any Seattle favorites, feel free to share in the comments! Would love to keep the recommendations going!

Previous post‘TIS THE SEASON TO WEAR ALL RED! Next postTHE 5 BEST FAUX FUR COATS UNDER $115