A Friendly Rebuttal In Response to Thrillist SF’s Article “Why LA Is Totally Inferior To SF.” 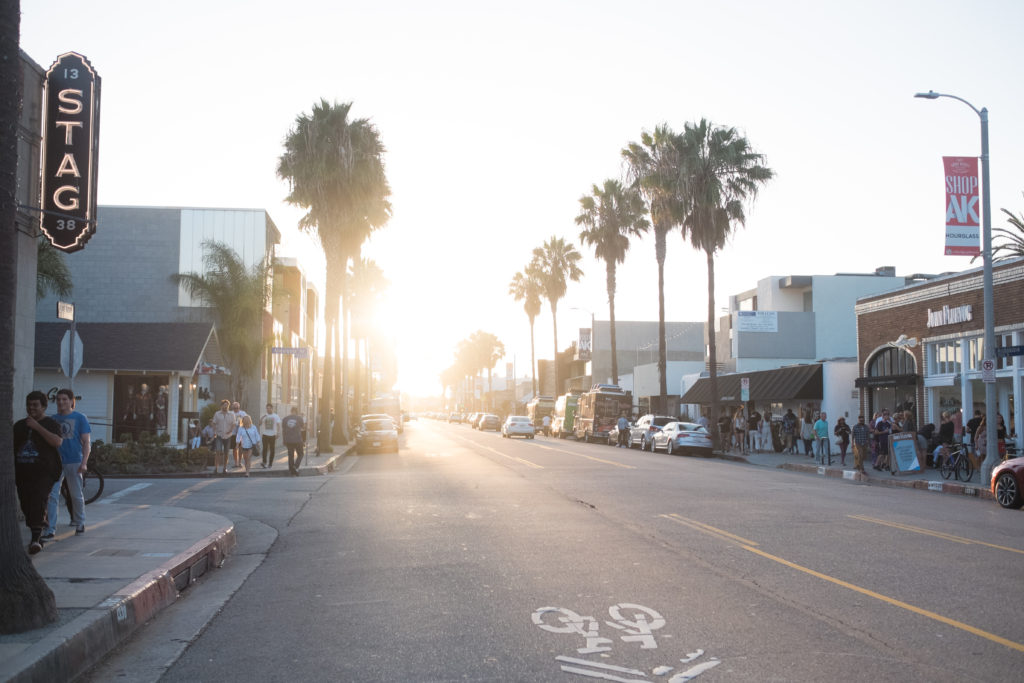 ….(long annoyed sigh)….. ok. So this was a treat, here I was having my cup of coffee, havin’ some Cheerios, checkin’ some email when I apparently decided to check Facebook a little too early this morning. A dear friend from home, as in the SF Bay Area, chose to post an article Thrillist SF had written back in August titled “Why LA Is Totally Inferior to SF”. I was already annoyed with the title and clearly needed to investigate why someone would say such a thing. I see this was all in good fun, but being that I am an SF transplant living in LA, I feel this strange obligation to defend LA’s honor and respond on her behalf. Los Angeles is in many ways quite different from San Francisco, which makes it kind of silly to compare the two to begin with, but, for the sake of a little bit a light banter (of which I am well versed in) lets break this shit down shall we?

Ok let’s start with the beginning of the article. :

Dear LA: As you know, California is shared by two major cities (sorry, San Diego) — one in the Northern half that is awesome, beautiful, and globally revered (ours!), and one in the Southern half that is none of those things (yours!). That in mind, we decided to pick out 15 things that — once and for all — illustrate how much you suck by comparison, and they’re simple enough that even your pretty, little, Botoxed head can understand them:

1. Traffic
Seriously, how does ANYTHING get done in your city? You can’t walk anywhere and you have to drive, but you might as well be walking anyway.

(slowly shakes head in disappointment) that’s the first point? Because San Francisco has no traffic? I was just up there last week, and I’m sorry to break the news, but 101 at 5 pm in San Francisco looks just like the 405 at 5 pm in Los Angeles. Metropolitan areas = traffic, shit even Lincoln Nebraska has traffic!

2. Blue Skies
Oh sure, you may have the sun more often than us, but is it really worth it when you only see it through that cancer cloud you call a sky?

This is my favorite. As I recall, from living there, 60 degrees seems to be the average temperature with a 90% chance of fog…? but CANCER CLOUD?! Must be invisible ‘cuz I don’t see shit here but blue skies and fluffy clouds, at least 300 days a year.

3. Hella
Yeah, we said it, what’re you gonna do about it?

4. Tahoe>>>>>>Big Bear
Tahoe is basically Aspen compared to your dinky little skiing area. Oh, and it’s just as fun in the Summer, too, especially if you know where to drink. We’ll have you up to our cabin sometime.

First of all who honestly cares about skiing. Tahoe is pretty great, but Big Bear is cool too? And Mammoth hello? Snow is snow, lakes are lakes. But wait a second. HOLD. UP. Do not, I repeat do not, lecture Angelenos about drinking and where to drink. You stop right there!

6. Plastic
We work with it, you become it.

WHAT DOES THIS EVEN MEAN!

7. Going Out
If you plan on going out and don’t happen to live in the exact. Same. Neighborhood as where you plan on barhopping, you’d better have a sober friend or $50 for a cab. Speaking of which…

8. Cabs
Sweet baby Jesus, how are cabs in your city worse than ours? We didn’t think it was possible, but apparently you are here to prove us wrong.

Uber and Lyft hellloooo! And if you have a phone you can get a cab. Come on now, it’s not that hard.

9. Being A City
We’re actually one damn city. You are more like a conglomeration of different cities cobbled loosely together into a county you call a city. And no one likes loose things.

SF’s “neighborhoods” are no different, just because you can walk quicker from one to the other doesn’t mean you’re not going from class to ass any differently. And if a “city” is what you what you want we have one! It’s big, its got skyscrapers, hobos, expensive lofts and all, and we refer to it as “Downtown Los Angeles”.

10. Industry
We’re kinda the wave of the future with Silicon Valley and all. Meanwhile, Hollywood is getting steadily decreasing returns. Ask Detroit how that worked out for them (SPOILER ALERT: Not good!).

Oh Silicon Valley is now IN San Francisco! How convenient! LA is kinda STILL the wave of the future as far as entertainment and film industries go, and all. But Detroit? DETROIT?! Ok now that’s just dumb, first of all we are not in the manufacturing or automotive industry (anymore), and second of all none of the jobs in LA are being outsourced to Singapore. Silicon Valley’s however, SPOILER ALERT: BORRRING. Thank you for your microchips so we can make our movies.

11. Dangerous Hoods
We have one street. You have East LA. (And South LA. [And some parts of North LA.])

San Francisco IS a dangerous hood. Congrats, SF beats LA in overall crime rate in almost every category. Except for rape…. no comment.

12. Football Teams
We have two. How many do you have, again?

The Raiders don’t count so you have 1.5 teams. And the 49ers are moving 40 miles away to Santa Clara, so there’s that too. If you’re going to keep your claim on the 49ers when they leave, and on the Raiders who are in Oakland, then I guess we can claim the Chargers and, oh what the heck, the Arizona Cardinals too while were at it, so it looks like we’re even now! Wee!

14. Music Festivals
Oh sure, Coachella might be bigger than Outside Lands, but it’s 2.5hrs from LA! By that logic, we might as well say we own Burning Man. Which we don’t want… You can keep that.

FYF Fest, HARD Events, and fine we’ll take Burning Man. Really though… you can’t compare the LA music scene to the SF music scene. Outside Lands is awesome but c’mon LA is so clearly the epicenter of live music year around.

So that was fun, for all involved parties I’m sure. See, comparing SF to LA and vice versa is just silly, both CITIES are awesome, unique, and completely different. The “Why LA is Inferior to SF” article was indeed a very entertaining read, and I enjoyed the “Why LA Beats The **** Out Of SF” article just as much (if not a little more, oops!). I love Thrillist, and these gentlemen definitely have great senses of humor that is certainly appreciated, I love me some good ol’ fashioned banter and a little city rivalry. SF will always be my breath of fresh(er) air and home where I grew up, but as long as I live in LA, this is also my home and I will always defend her honor! LA I love you dammit!

Links to the entertaining reads:

“Why LA Is Inferior to SF” : http://www.thrillist.com/entertainment/san-francisco/why-la-is-totally-inferior-to-sf

“Why LA Beats the **** Out Of San Francisco” : http://www.thrillist.com/entertainment/los-angeles/why-la-beats-the-out-of-san-francisco