Have you ever pondered partying in another galaxy? Preferably amongst like minded Star Wars super fans? Well thankfully for us, dreams really do come true sometimes and places like Scum & Villainy Cantina quite literally “pop up”. Truth be told if you actually are a legit Star Wars geek and you live in Los Angeles, there’s a pretty good chance you’ve already been or at least heard of Scum & Villainy Cantina. Scum & Villainy Cantina is a temporary pop-up built to make you feel as though you have been transported to a bar in another Galaxy far far away – much like the one you’d find on the planet Tatooine in Episode IV. So as you can imagine, Star Wars fans are all over this like a slave bikini on Princess Leia. 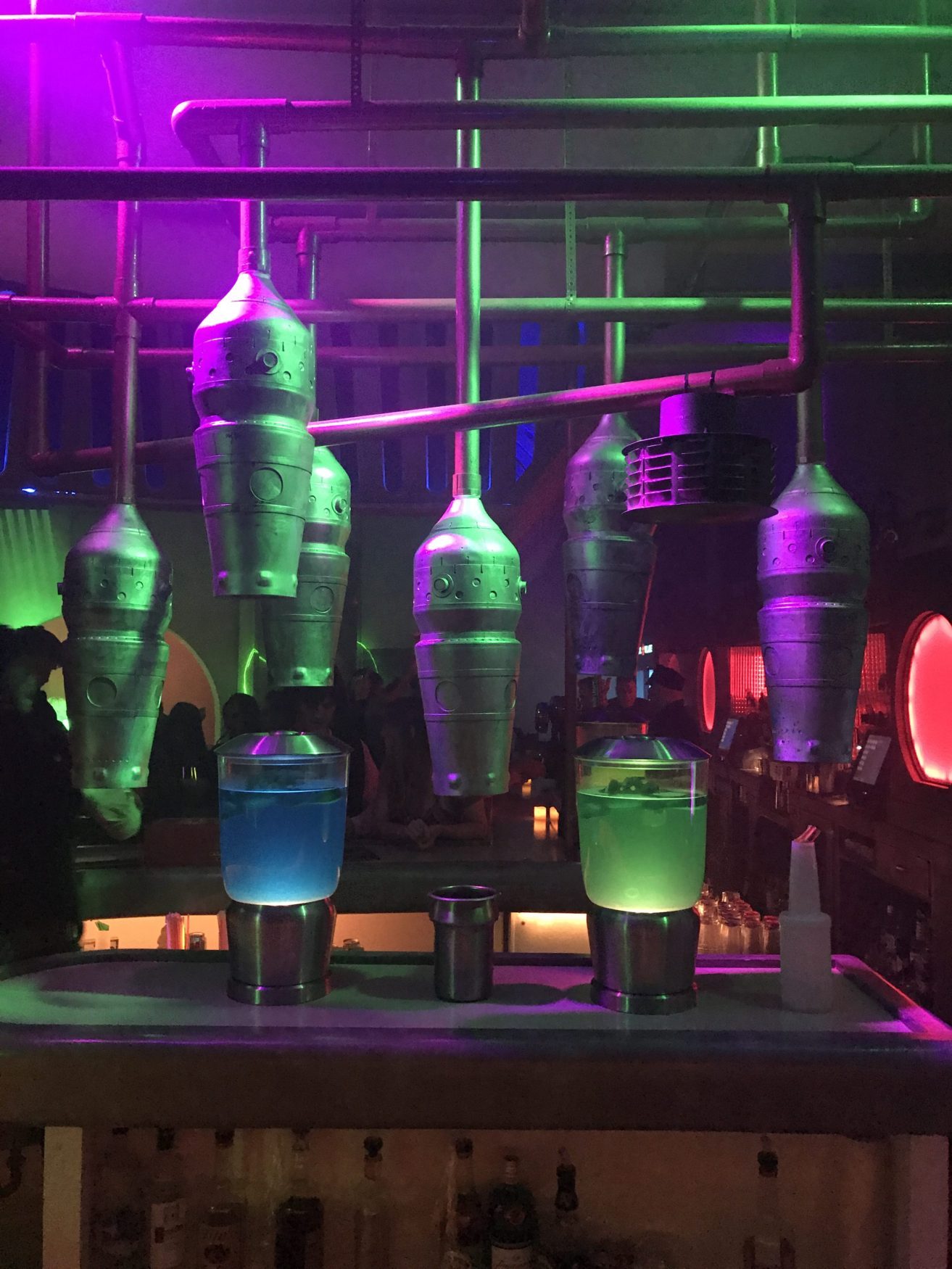 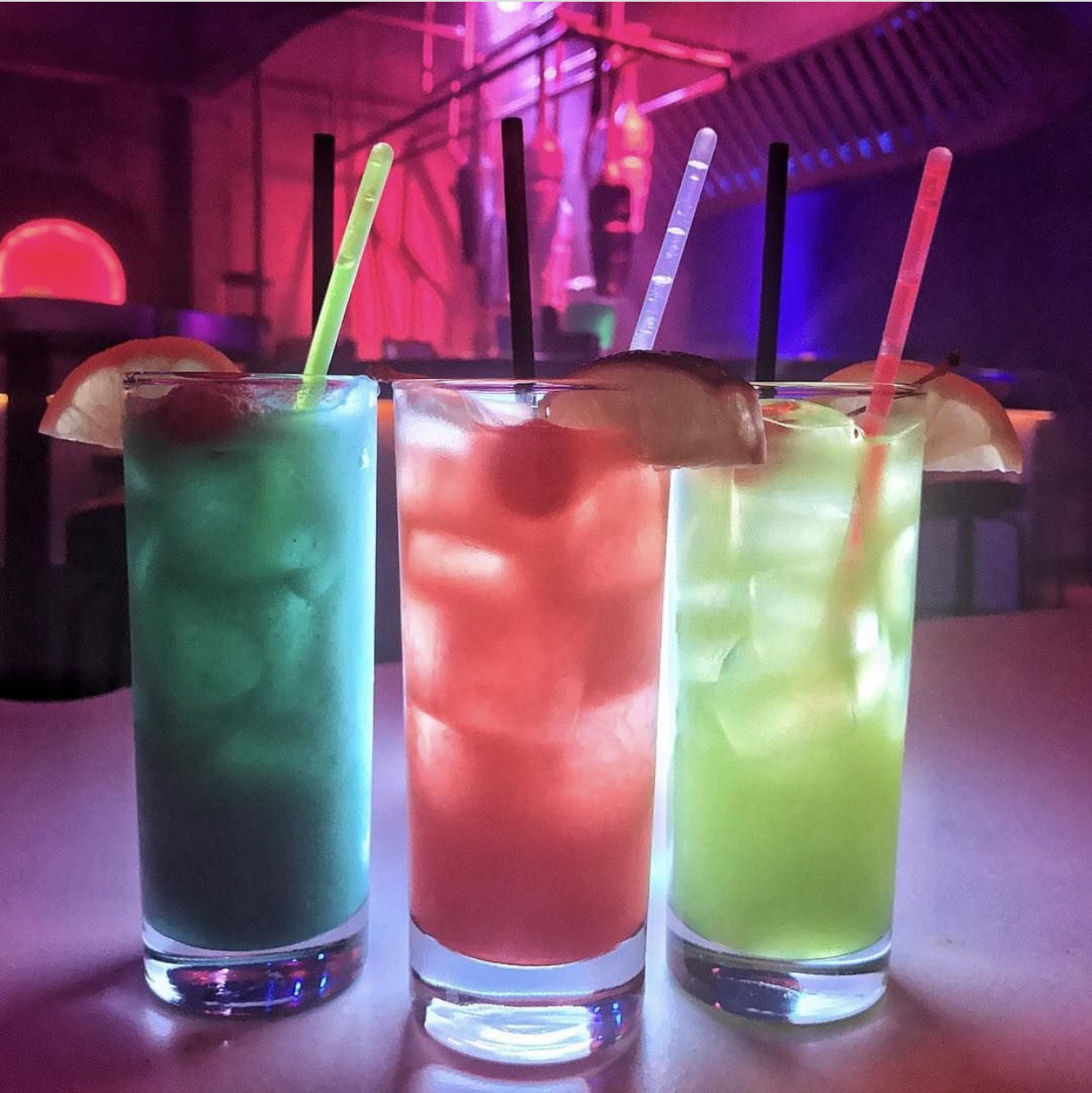 You could say I am a Star Wars fan myself. I grew up watching Episode IV, V, VI on Friday nights with my dad, I cried at the end of Episode VII, I’ve watched them all in succession a number of times… but I’m no where near most real Star Wars fans – at least the ones you’ll find at Scum & Villainy Cantina. This pop-up has been so popular that it’s actually ticketed and sells out quickly. And because my boyfriend is a pretty big Star Wars geek it was necessary I buy tickets for us to see what the excitement was all about. 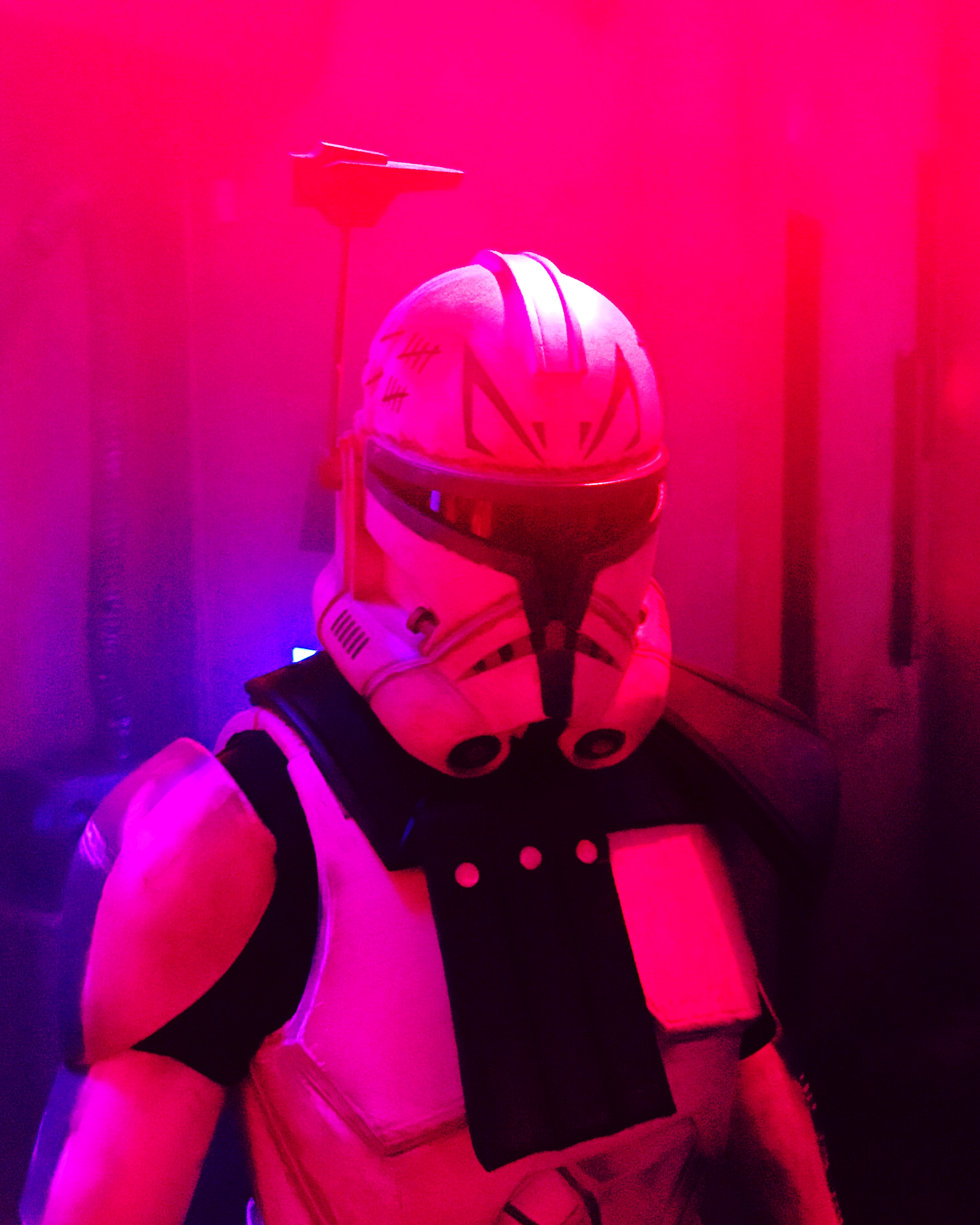 When I read that it was encouraged that you dress up, I honestly didn’t really think much of it. I figured I’d see some Star Wars shirts, a Light Saber here and there, but holy nerd city, I completely underestimated this crowd. People went ALL. OUT. I actually felt a little left out not being totally dressed up! It was so much fun seeing so many fans come together in one place to let their freak flags fly and just be happy to enjoy some commonality together. The bar itself is totally goofy, the drinks are either blue, yellow, green, or red, (or beer), but I can’t say enough how much fun it was. Even if it was one of the cheesiest things I’ve ever done. 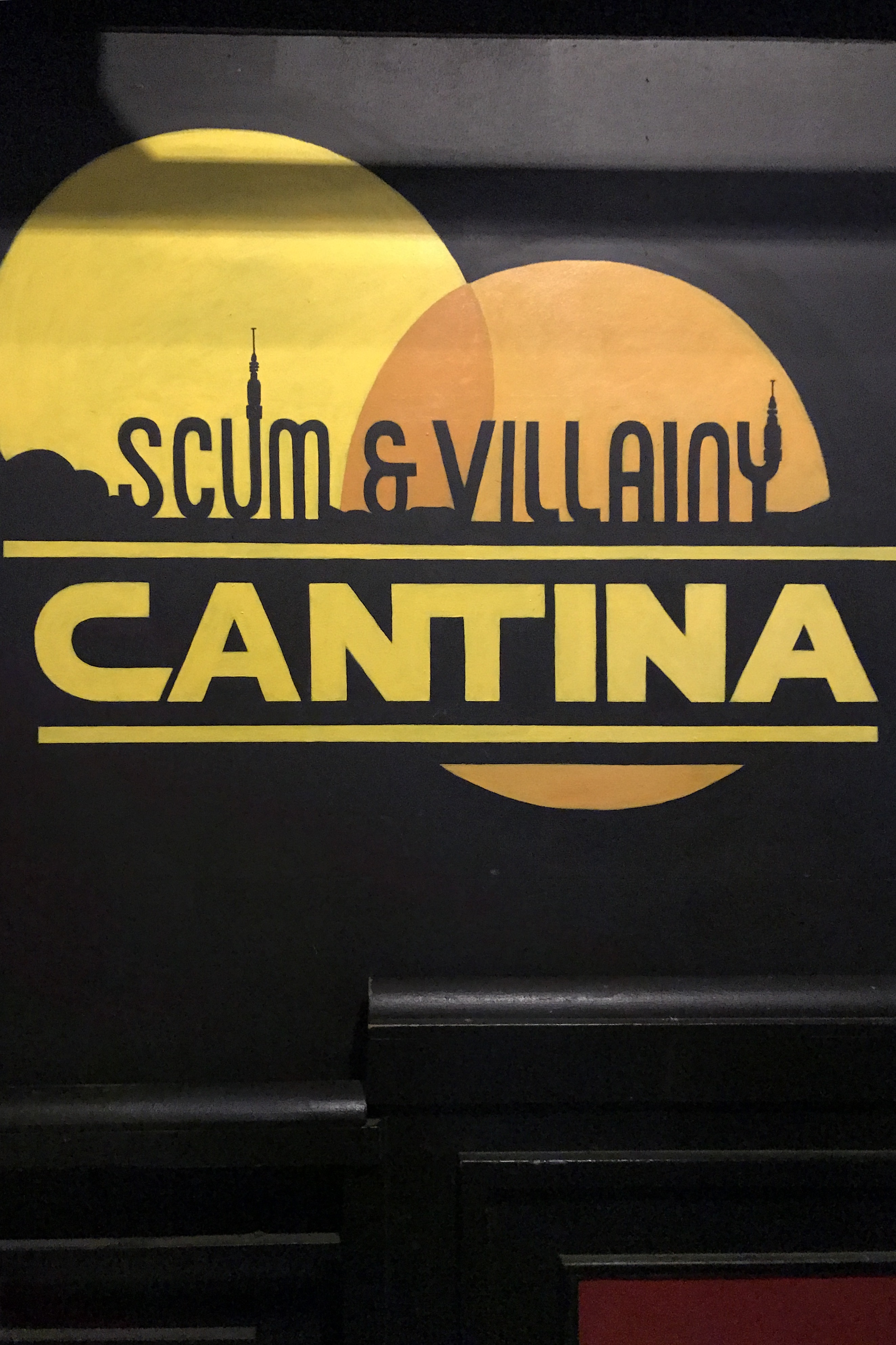 If you’re a fan, or if you’re just looking for something totally silly and random to do this summer… check out Scum & Villainy Cantina. Get your nerd on and appreciate the completely and totally special experience that’s being offered right here in the heart of Los Angeles.

33 🤠🥂now if only I can actually get into clu

ICYMI!!! My annual “LA Made” Gift Guide is liv

I have a type. 🤩 and @holbrookehotel in Gold Co