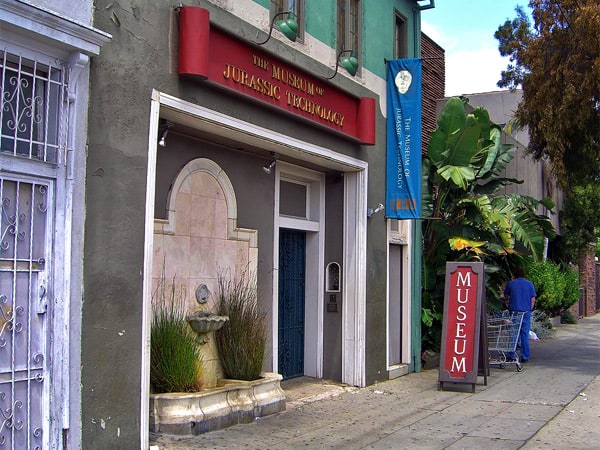 I was inspired to make this list today because a friend who’s staying with me for a few weeks was a little freakishly excited that our whereabouts were in close proximity to the “Museum of Jurassic Technology”. It’s on her list of things she “MUST” do in LA… uh, well, as we can all probably think of cooler things to do I was fascinated by her obscure interests and activites that apparently only this town can provide. So, now that she’s convinced me that we’ll be having a very eventful weekend checking all this out (even the ones I have already visited, wink wink Jumbos haaaaay) I suggest you maybe try some of this stuff out too. Never have I said “only in LA” with such conviction, so here we go… Here are the top 5 most random and obscure activites in Los Angeles:

It already sounds terrifying. “Authentic Masked Mexican Wrestling”, “Burleqsue”, and “Comedy” oh my! I don’t feel like I need to say much more, I think we’re getting a pretty colorful picture. So if you want to get real weird and see some real Nacho Libre type shit, (which hello, who doesn’t) the next dates are February 12th & 13th at the Mayan.

As mentioned above, I actually live pretty close to this little freak weird gem of a joint. I must admit every time I pass by there is a shopping cart, a person, and an unknown oder hanging around the premesis, but I’m definitely under the impression it’s to mask the amazingness and mystery that is The Museum of Jurassic Technology. I’d really love to try and explain to you what exactly “Jurassic Technology” is, but I’m not sure they know what it really is either. However, doing a little research on their website provided me with information such as they once had an exhibition on the dogs of the Soviet Space Mission… so there’s that. Now don’t all rush over there at once, but I’m pretty sure it officially does not get more random and obscure than the Museum of Jurassic Technology.

sigh… I’ve been here one too many times, and it always feels just as strange as awkward as my first visit. In the nicest way possible I’ve always described Jumbos as “the place where strippers go to die…” don’t tell anyone I just said that, but I don’t know what else to think. It’s so exciting, sad, impressive, and depressing all at the same time. If you’re in the market for a dive bar, cheap drinks, and chicks pole dancing (clothed, thank god), and one confusing experience, head to Jumbos. EVERYONE who lives in this city, eh and who visits (screw it) needs to go to Jumbos at least once. You’ll understand why once you go.

Thai Elvis Presely impersonator who will serenade you while you dine. Nuff said.

To me… this is the weirdest item on the whole list. Again this little weirdo friend of mine with a pencant for the percarious has been trying to convince me that I need to check this Korean spa out. Even though she kinda lost me at “you have to be naked on the female floor, are you cool with that” I’m still considering sucking it up to report back. First of all, it never closes… but besides the fact she’s pretty sure people live there, its insanely clean, gorgeous, 4 stories and they have heated floors and a cafateria. I’m warming up to the idea as I type… but sounds like I’m in for a strange spa experience, especially if I show up at the time my friend says is the time to go… 3 am… we’ll find out!

Pin
Tweet
Share6
6 Shares
Previous post10 Things On #NYLONshop We Kind of Wish We Didn’t Want to Wear, but We Do. Next postA True Hollywood Premiere | Lauren’s Only In LA Moment