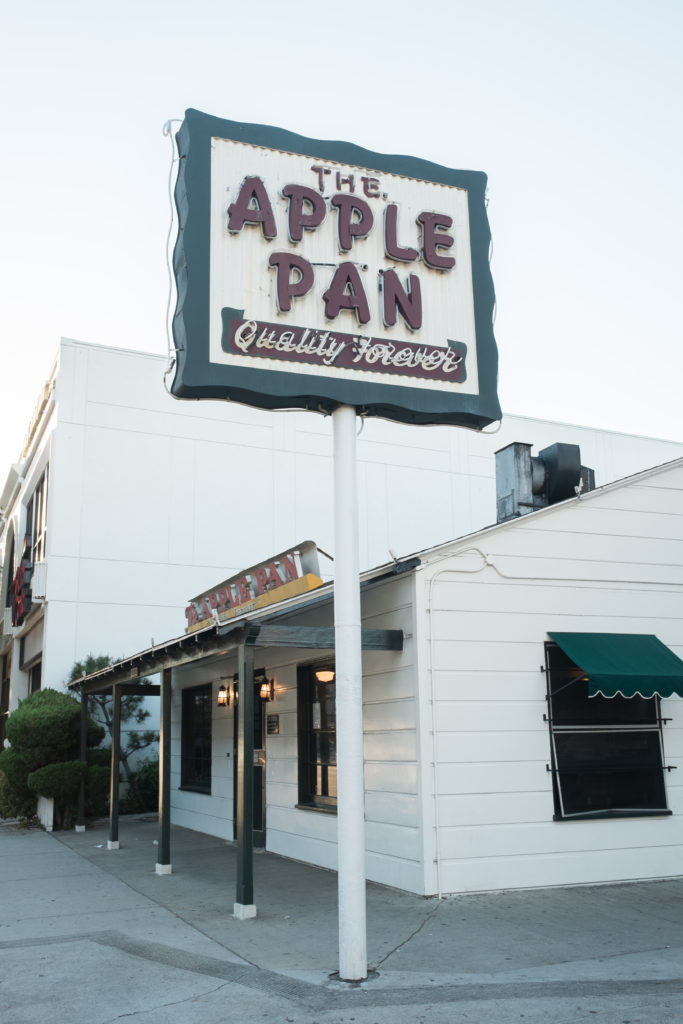 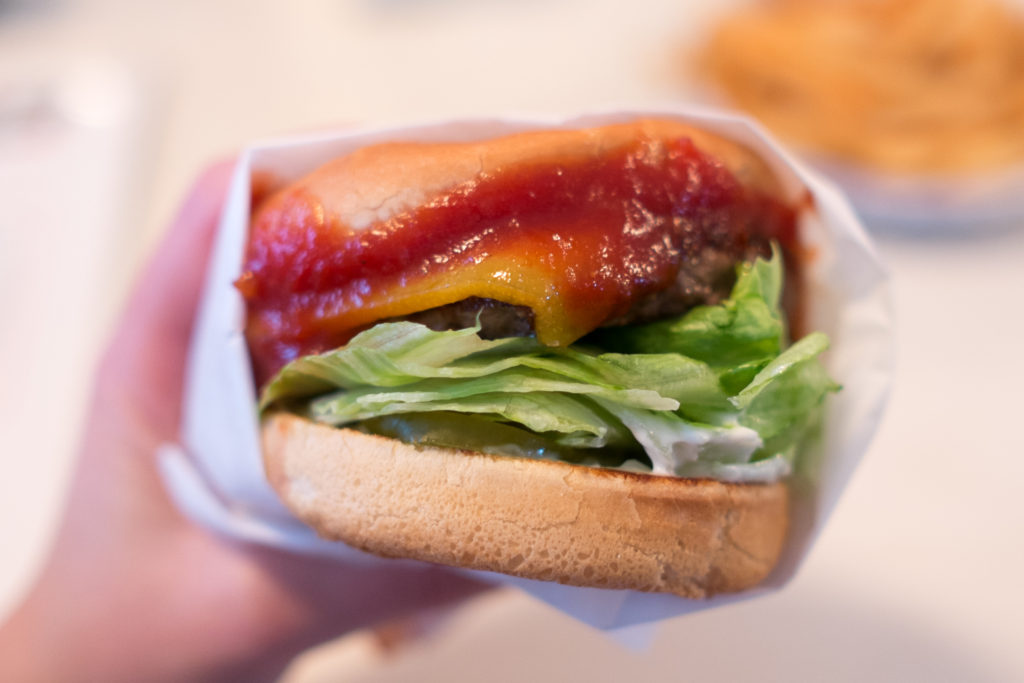 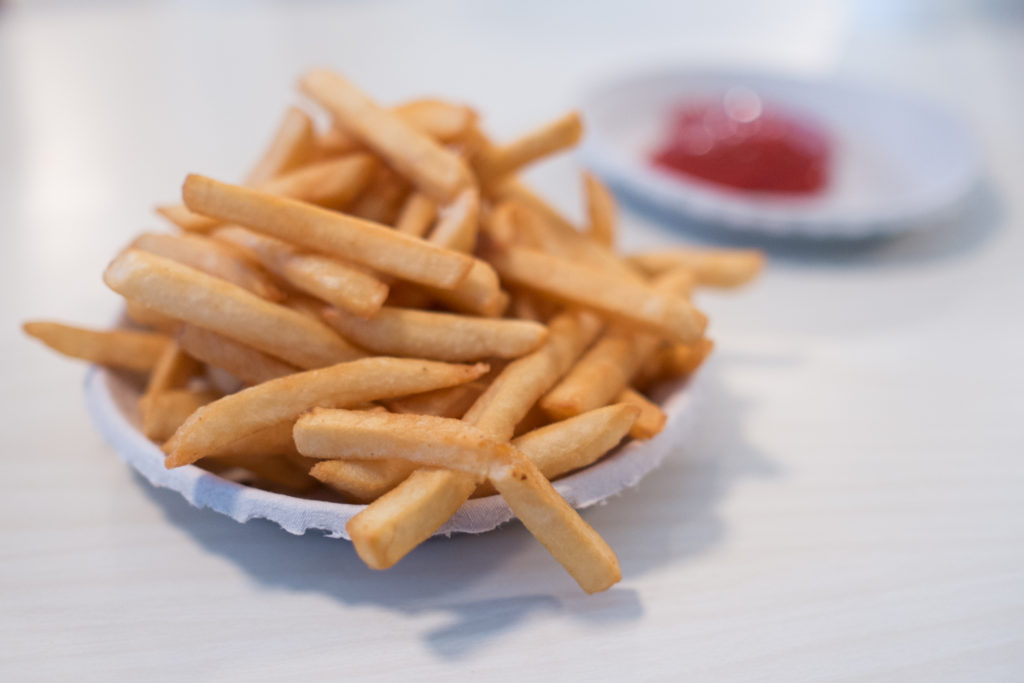 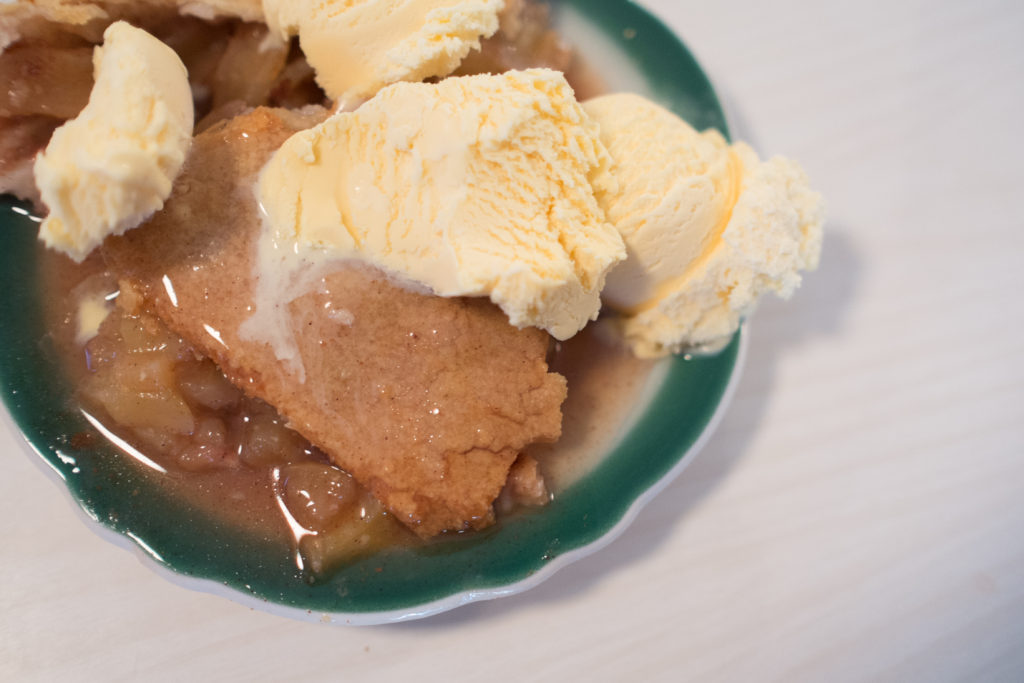 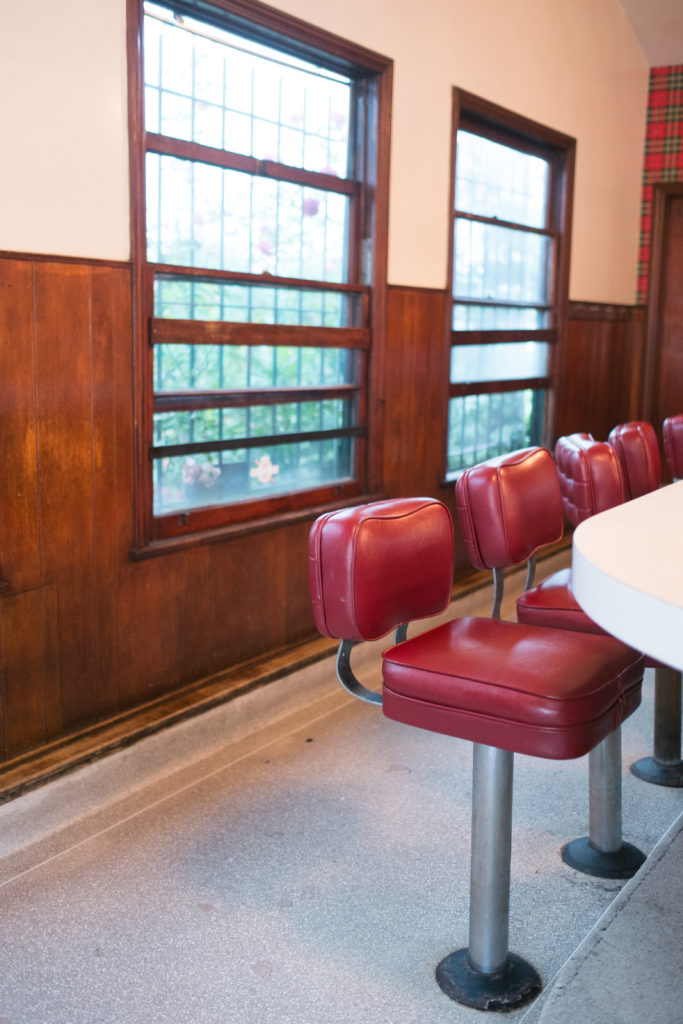 As a huge proponent of all things burger related, I am admittedly ashamed that I’d never been to the famous Apple Pan before this weekend. How I even called myself an Angeleno is beyond me, but after 5 years of living within one mile of this city landmark and in honor of my bucket list I finally made the trip.

The Apple Pan has been an LA institution since 1947 and by the looks of it, 70 years later, I suspect not much about the joint has changed. To this day The Apple Pan is famous for their hamburgers and pies, the overall favorites being the Hickoryburger and their homemade Apple Pie – a la mode of course. Consisting of a small room with just a U-shaped counter, seating during regular lunch and dinner hours can be sparse if not impossible. But when you’re one of the oldest restaurants in Los Angeles STILL making it on “Best Burgers” lists or being featured on this or that Travel Channel show, it’s safe to assume people will wait for whatever it is you have to offer. And wait people do because The Apple Pan has been given a stamp of approval time and time again by global publications and locals alike for having mastered the art of feel good American staples.

There was a lot of pressure leading up to eating the Apple Pan burger; if it was bad would I say? Would I be disappointed? And if it were good would it only be because I’d hyped it up so much in my head? Oh the internal struggle. But, after eating an entire Hickoryburger I can say with complete confidence that I now understand what all the fuss is over. I won’t get in to details because ain’t nobody got time for that, but I will say I personally love nothing more than a simple burger, and a simple burger with Tillamook cheese and that delicious smokey hickory sauce it was.

As for dessert, being the equal pie opportunist I am, it was difficult to choose between the classic apple pie and the banana cream I’d heard so much about. But in honor of my first visit I decided to go with what they’re more or less known for and that is their famous apple pie – hence the name Apple Pan. Although I’m still trying to figure out what exactly an apple pan is… but anyway. Apple Pie a la mode was the way to go, and even though fruit pies aren’t usually my go-to that slice of apple pie was genuinely insanely delicious. Next time: a slice of pecan AND a slice of the banana cream. Next time.

What: The Apple Pan – yeah, they’ve got a Wikipedia page. #legit.

Tip: If you’d prefer to sit down quickly and enjoy your burger without a crowd, head in at off times! I went in at around 4 pm with two others and found plenty of seating options. It was still busy, don’t get me wrong, just not packed to the gills as I’m told it can get. Lotta seat stealers during busy hours… beware.

Bonus Tip: The Apple Pan is CASH ONLY! Don’t forget!