“Ugh, Halloween.” – you. Here’s how you can try and escape LA’s favorite holiday this week: 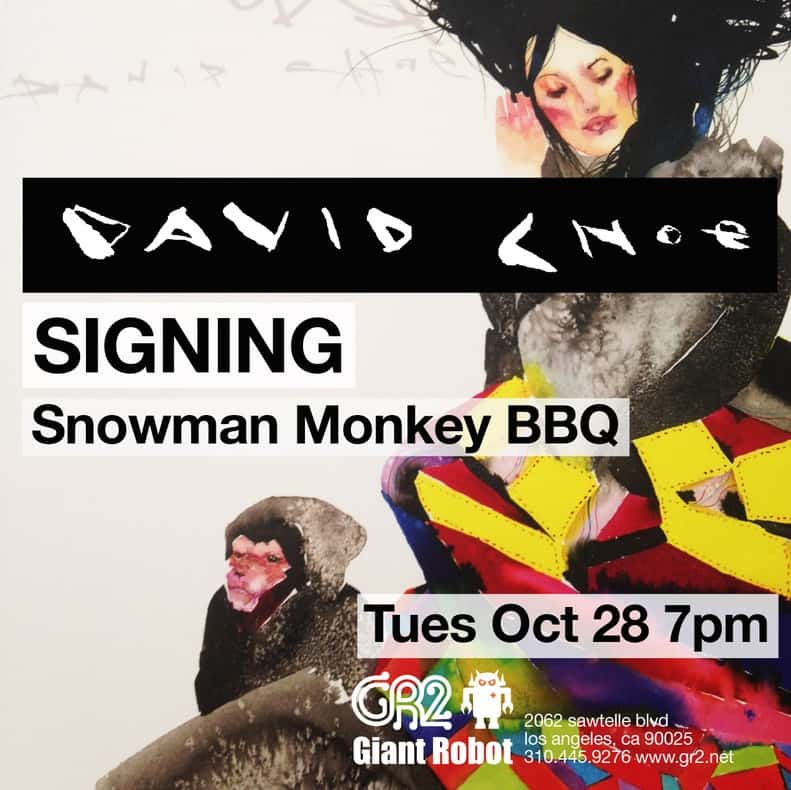 LA based graffiti/graphic artist David Choe will be signing copies of his latest literary achievement “Snowman Monkey BBQ” at Giant Robot  – a space that helped the artist get his start. If you go, which you should, let me know what the hell a Snowman Monkey BBQ is – judging by David’s sense of humor there’s probably a good story behind it. (more info here) 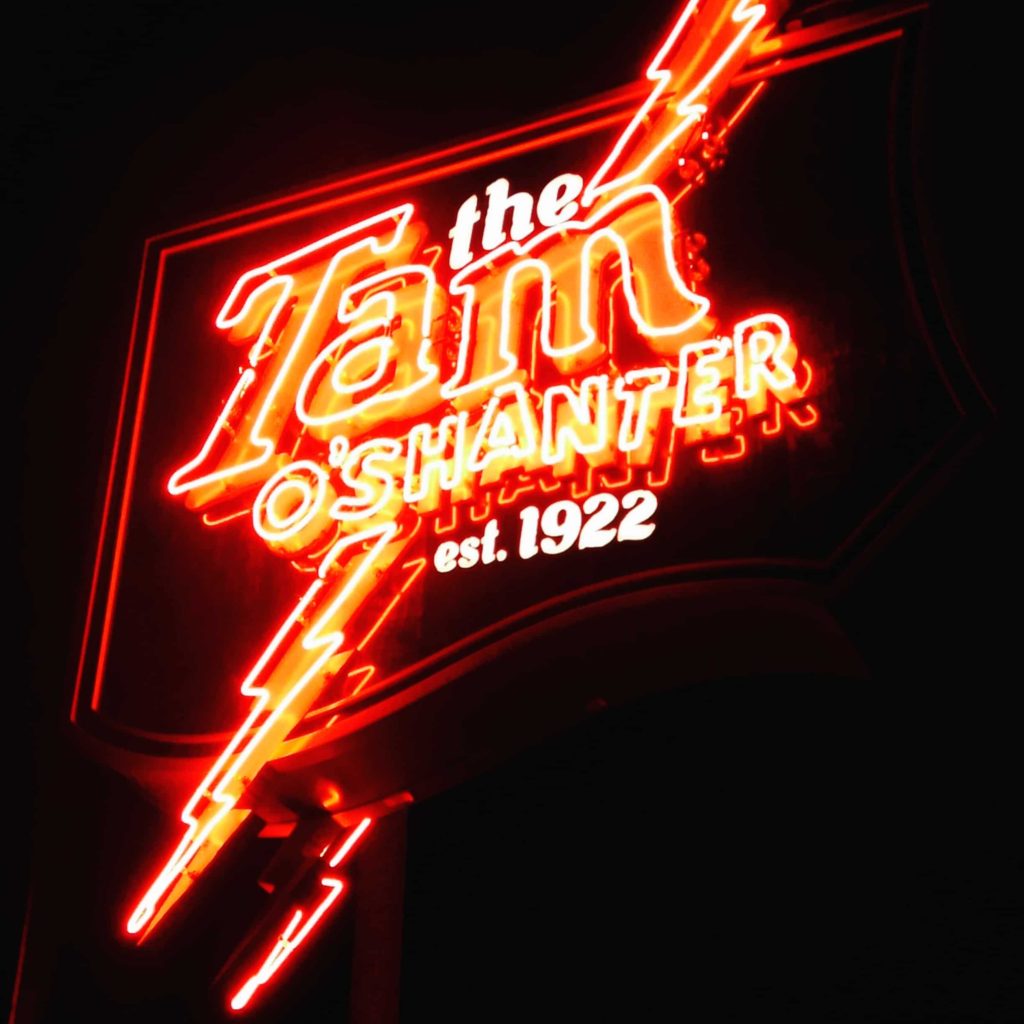 Tam O’Shanter could not be a more quintessential spot to sample 10 whiskies from 10 different distillers including Few, Templeton, Charbay, Elijah Craig, Bernheim, Trybox, Rittenhouse, Mellow Corn, Evan Williams and Henry McKenna. $39 is all it’ll cost you to sip and sample whiskey and light appetizer pairings – call the restaurant to secure your spot: 323-664-0228. 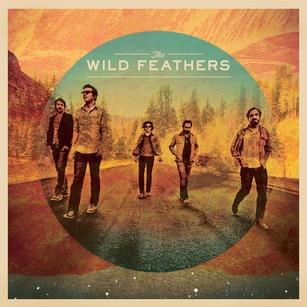 Just caught this show myself this weekend in Portland and if you’re into the whole long haired, bearded, twangy rock thing…. this is a tour you should not miss. All sets are worth catching so get there early! I would never encourage you to stand for more than an hour for anything but, trust me this time, you’ll enjoy the whole shbangin’ show.

See The Kills & Queens of the Stone Age Live | The Forum

Live music on Halloween that’s not a “Halloween” activity! Yay for people with no costumes that just want something to do on a Friday night! (more info and tickets here) 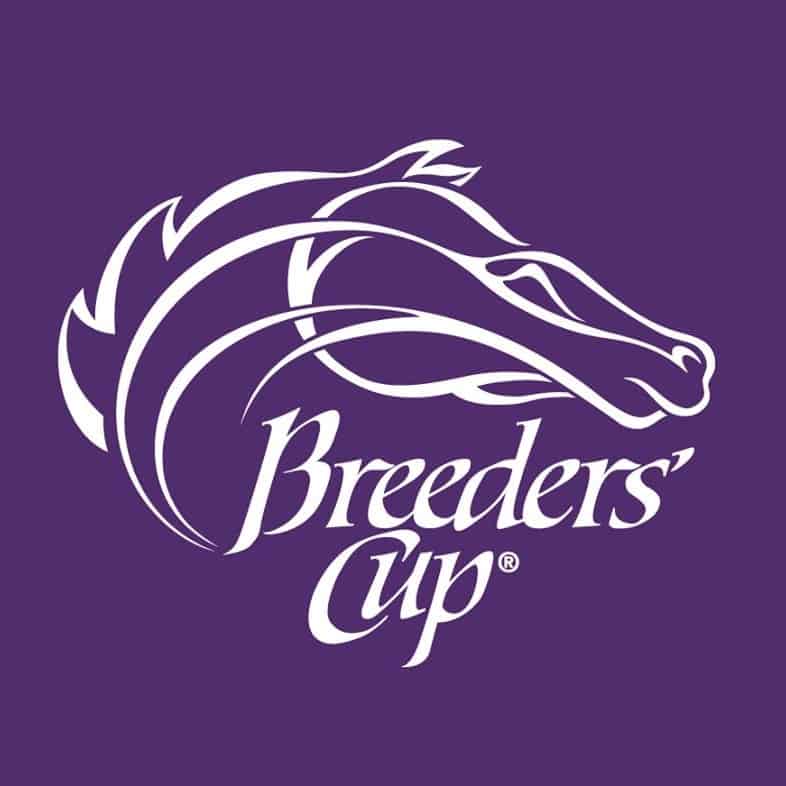 This is the biggest most exciting weekend of the year for Santa Anita Park and you and all yo friends join in on the fun. I’ll be there bettin’ on ponies myself this Friday in my Sunday best, so come out to the track and party like it’s 1999! (more info and tickets here)

“Halloween is the best holiday ever.” – you. Here’s our top 5 favorite happenings this week where you can be your true self, dressed up as someone else: 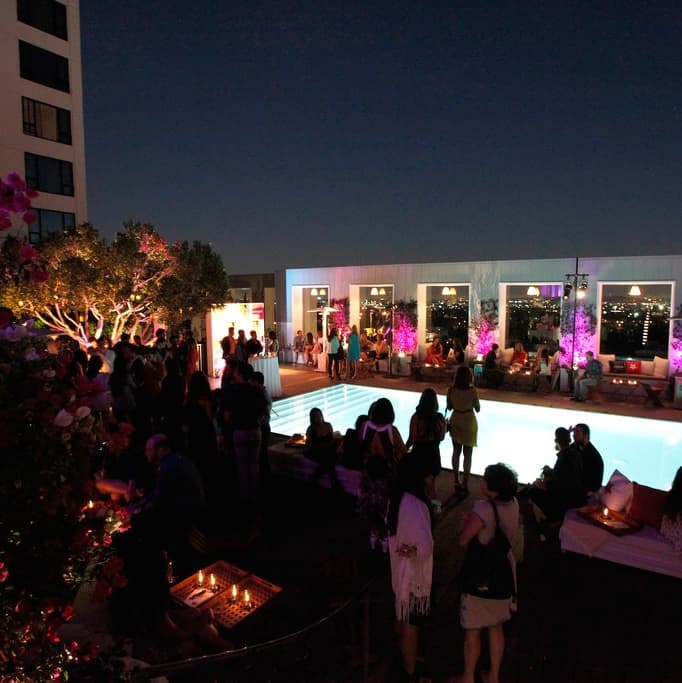 “Skybar transforms itself into a multi-dimensional interactive photo booth with recreated set designs as the backdrop to this Halloween bash.” OO la la, a “Betelgeuse” (…Beetlejuice) themed party at the Skybar where you will be surrounded by LA city lights and a plethora of depressingly attractive people. DJ’s will be spinning and cocktails will be flowing for two nights this week and as expected, costume attire is highly recommended. Admission starts at $20 – more info and tickets here! 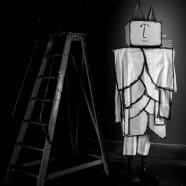 “Mingle with masterpieces”, dress up as works of art, win some prizes, take a night tour, and dance the night away at LACMA’s 11th annual Costume Ball. (more info and tickets here) 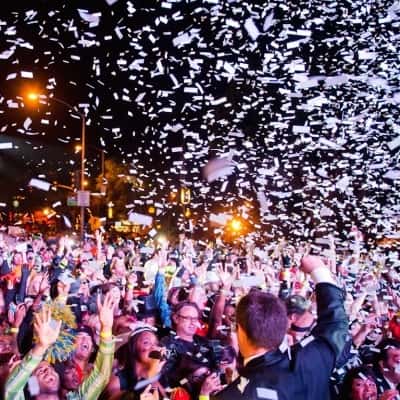 Halloween Carnival is officially the biggest, craziest, most enthusiastic Halloween party on earth, and it happens every year, right here in Los Angeles. Every year everyone’s crazy comes out for an evening of dancing in the streets with friends, neighbors, and visitors in honor of a damn good theme party. You wanna see some shit, you wanna party like you’ve never partied before, WeHo’s Halloween Carnival is your destination this Friday. 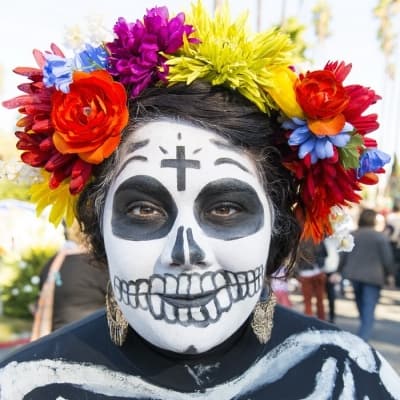 Come on down to the local cemetery to celebrate the 15th year the Hollywood Forever has been putting on the Dia De Los Muertos event. The Mexican tradition lives strong in Los Angeles and has an added air of meaning and “spook” being that it is held at the cemetery. From 12pm – 12 pm, guests will have the opportunity to walk through the grounds to see luminaries, alters and offerings, craft stations, traditional dance performances, and experience several other Dia De Los Muertos traditions. (more info and tickets here) 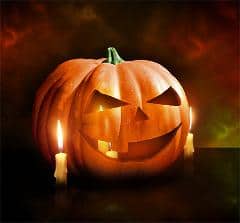 For me, Halloween and wine is like peanut butter and chocolate, it just makes sense, and Malibu Wines is making dreams reality with their “Halloween” themed safari tour. Day tour and night tours (Friday – Saturday only) are offered where you’ll make you way through a “truly mysterious ranch”. Sounds like the stupidest, most fun thing anyone could do in LA on Halloween – I am soooo there. (more info and tickets here)