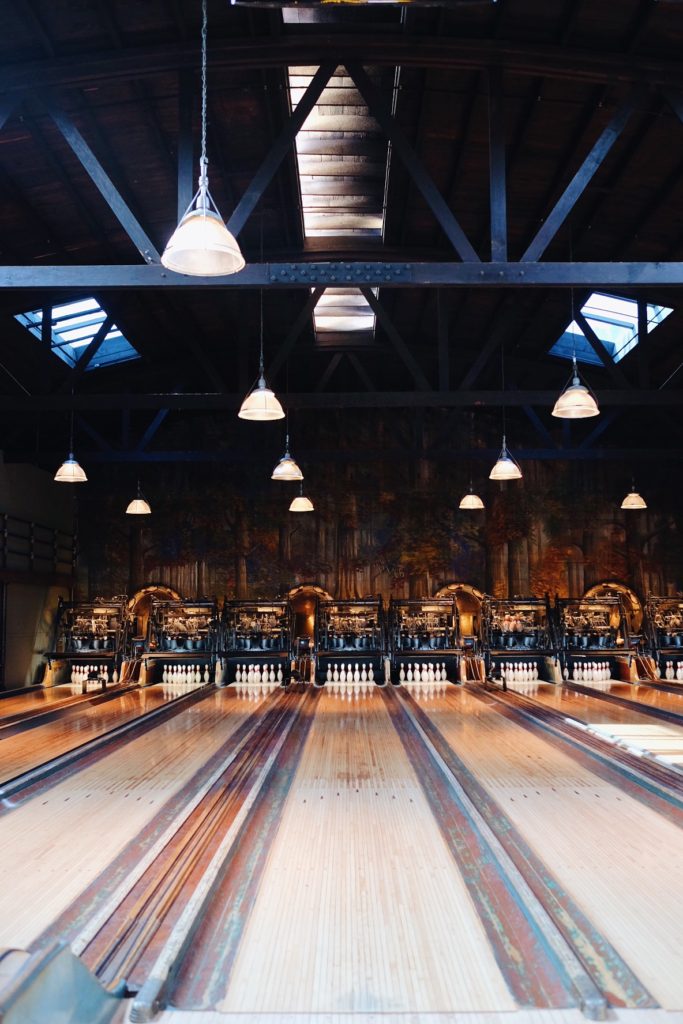 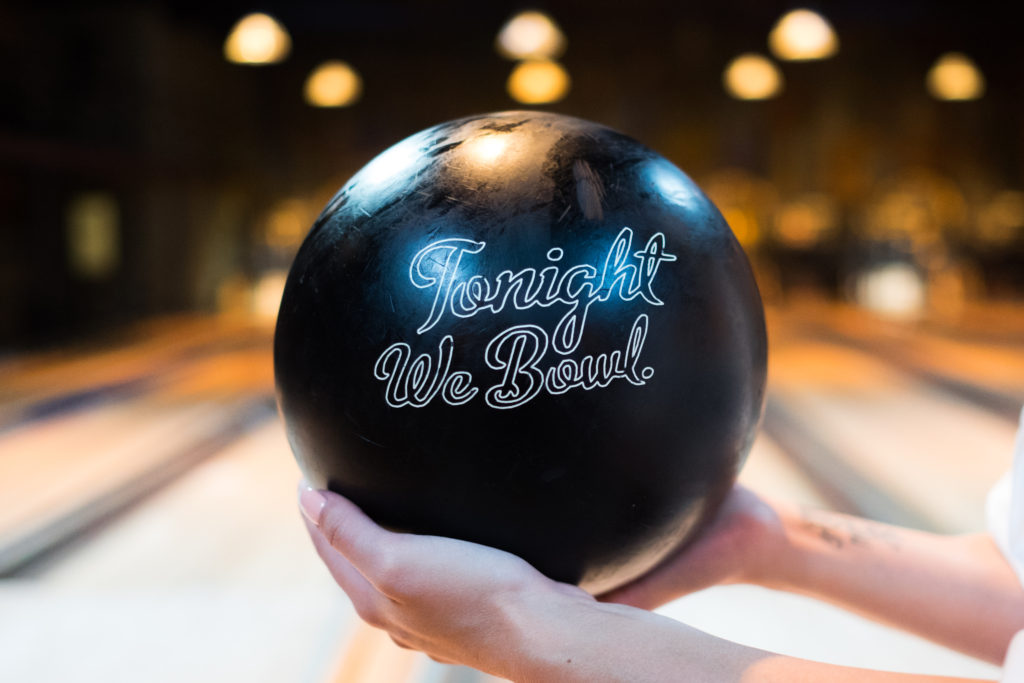 Movie-set like atmosphere? Check. Retro vibes? Check. Delicious food? Check. Craft cocktails? Check. An inspiring back story? Check. History? Check. Vintage bowling? Check. Welp, there you have it. Highland Park Bowl officially passes the Los Angeles “cool” test with flying colors. Highland Park Bowl was only recently re-opened a few weeks ago and already the place is making waves and a number of new fans in its wake. Highland Park is a part of Greater Los Angeles that going through a bit of renovations and renaissance as a whole and Highland Park Bowl in particular has been a huge part of the progression with the complete revamp and restoration of the city’s historic space. These days Highland Park Bowl is like stepping back in time to an era when the alley was at it’s peak; majestic and masterful in all its former 192o’s glory. 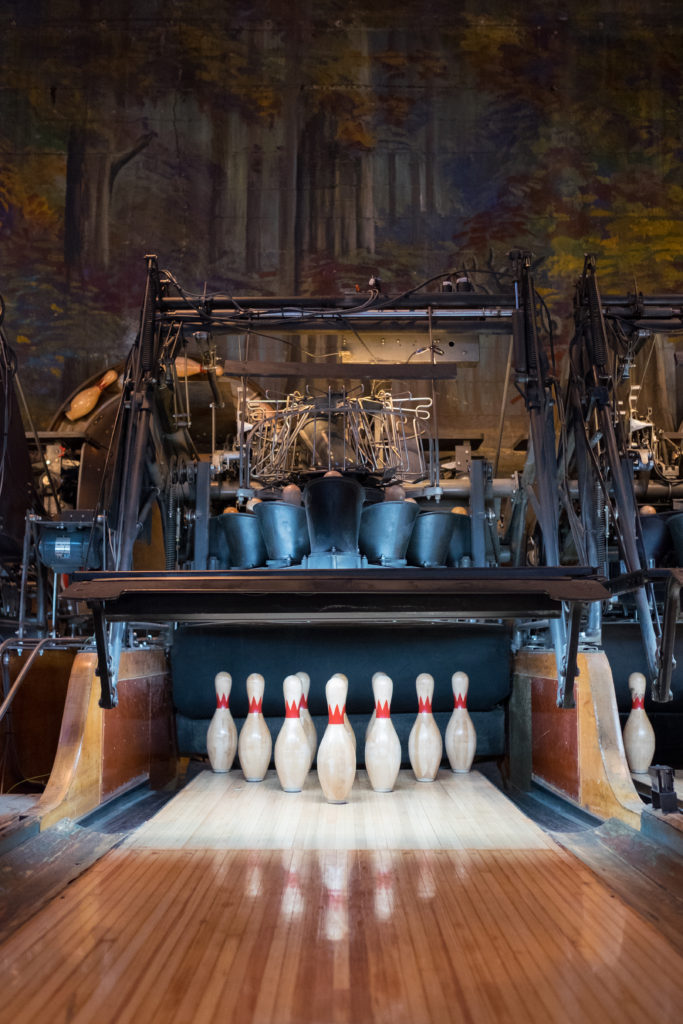 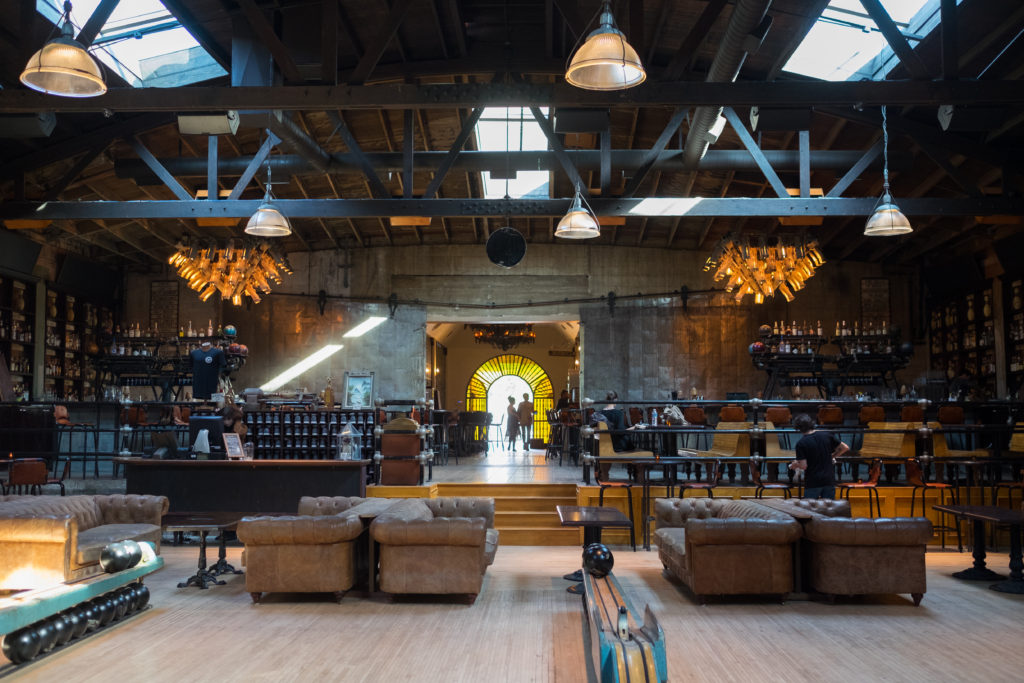 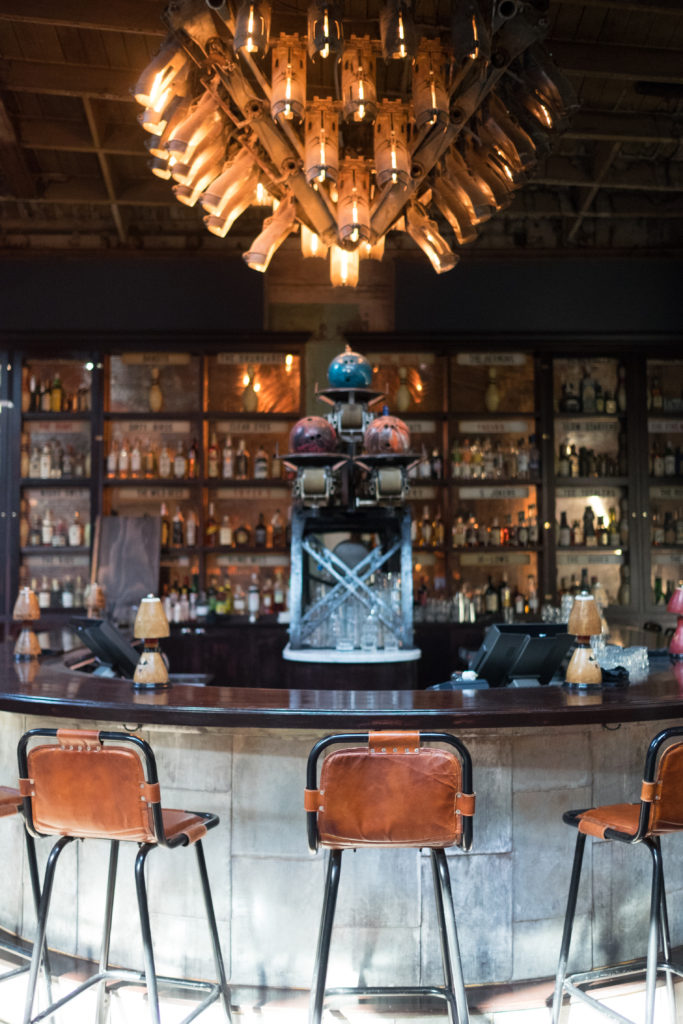 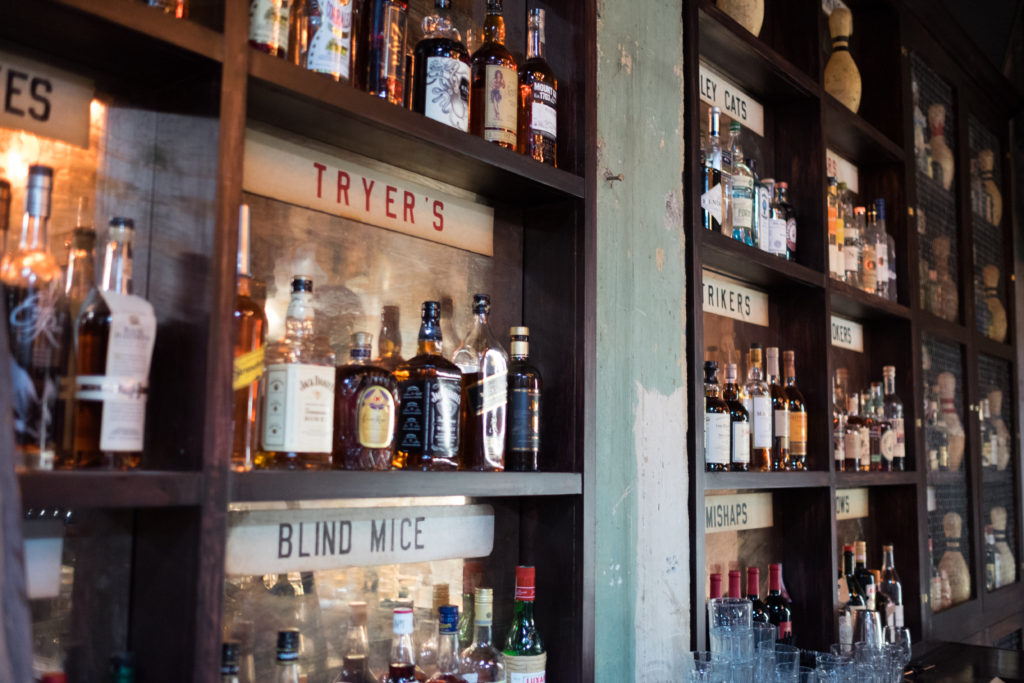 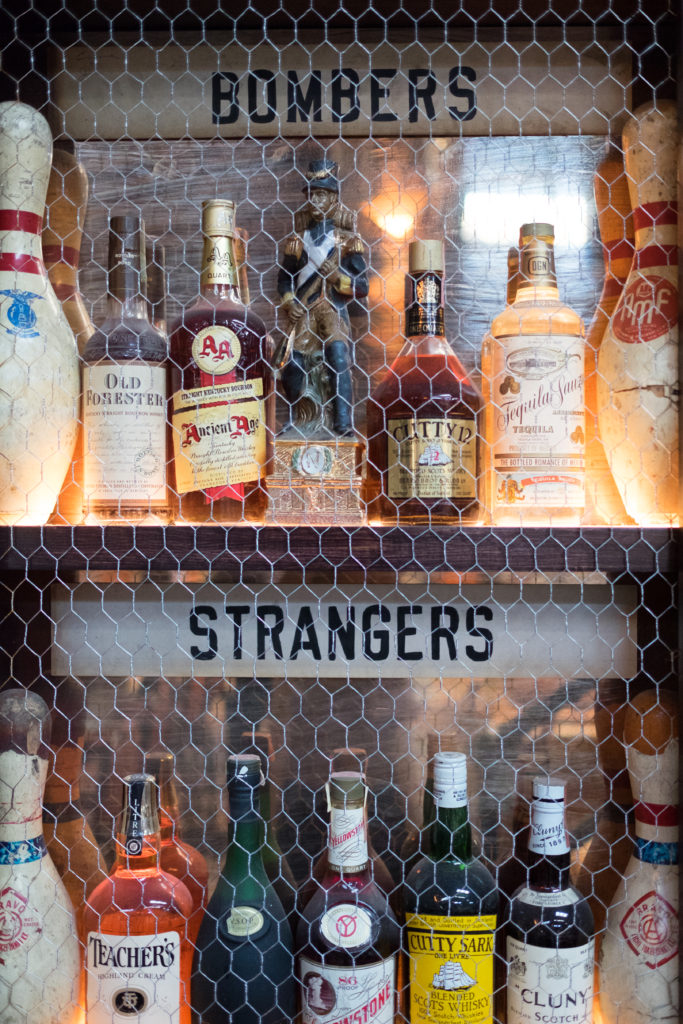 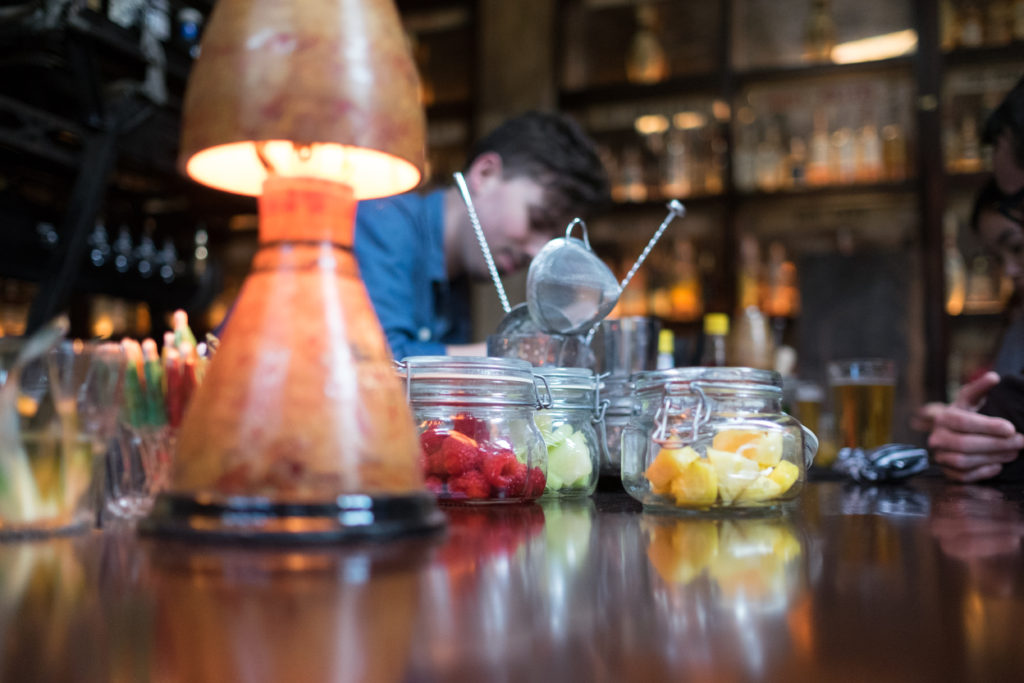 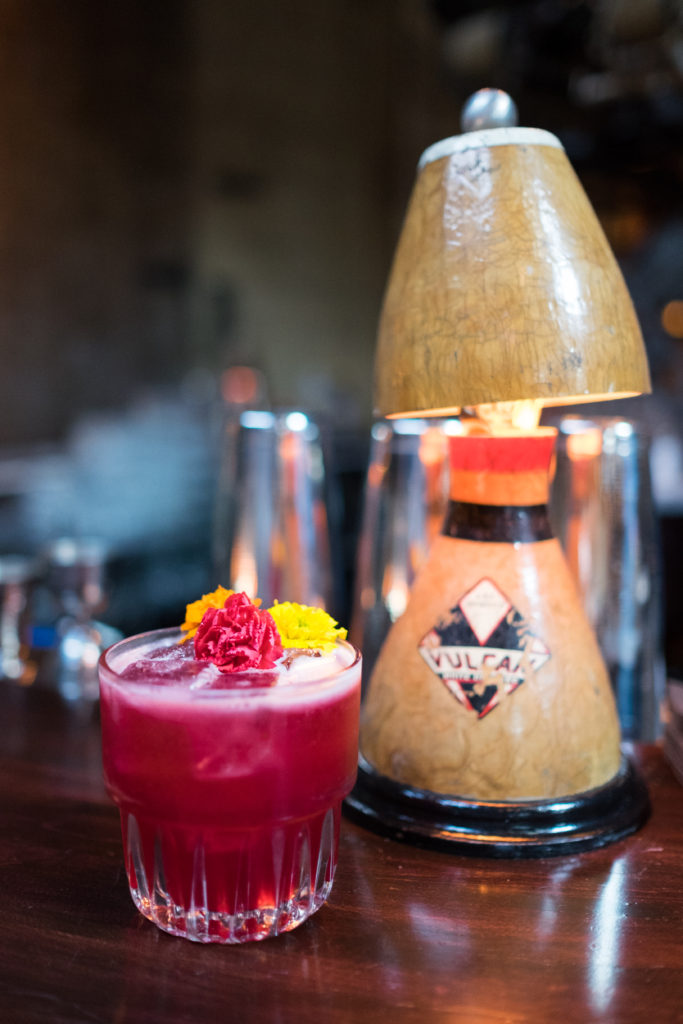 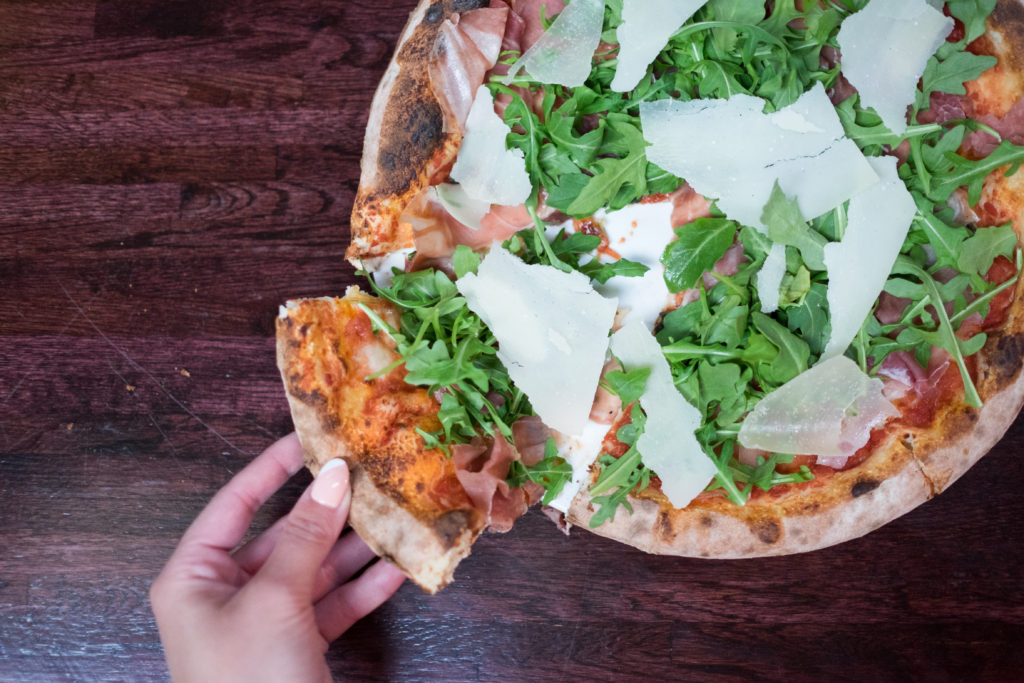 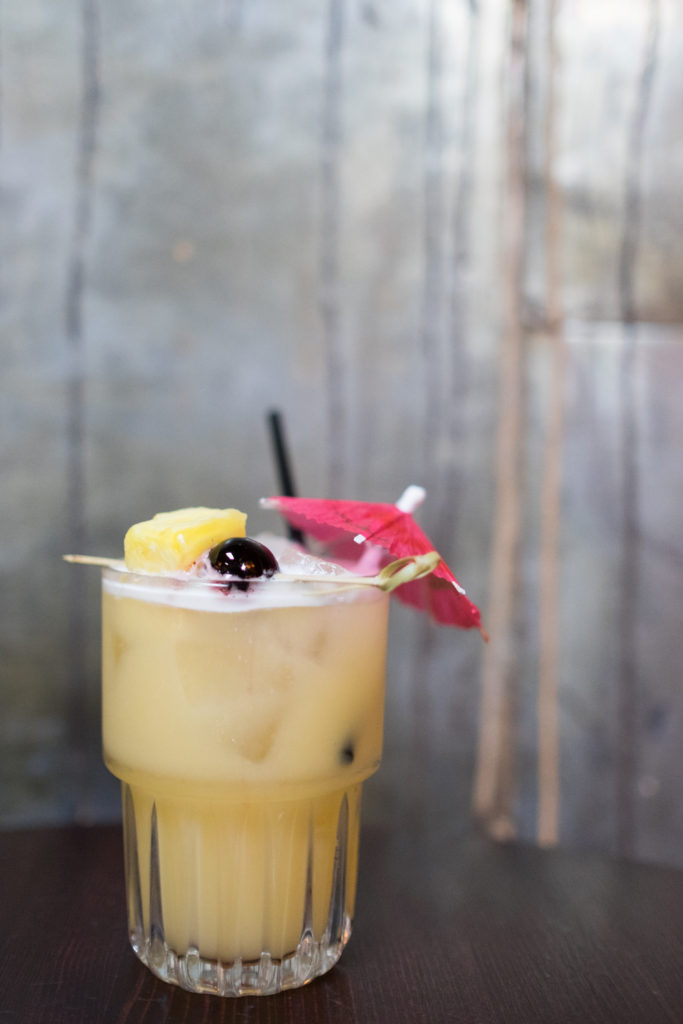 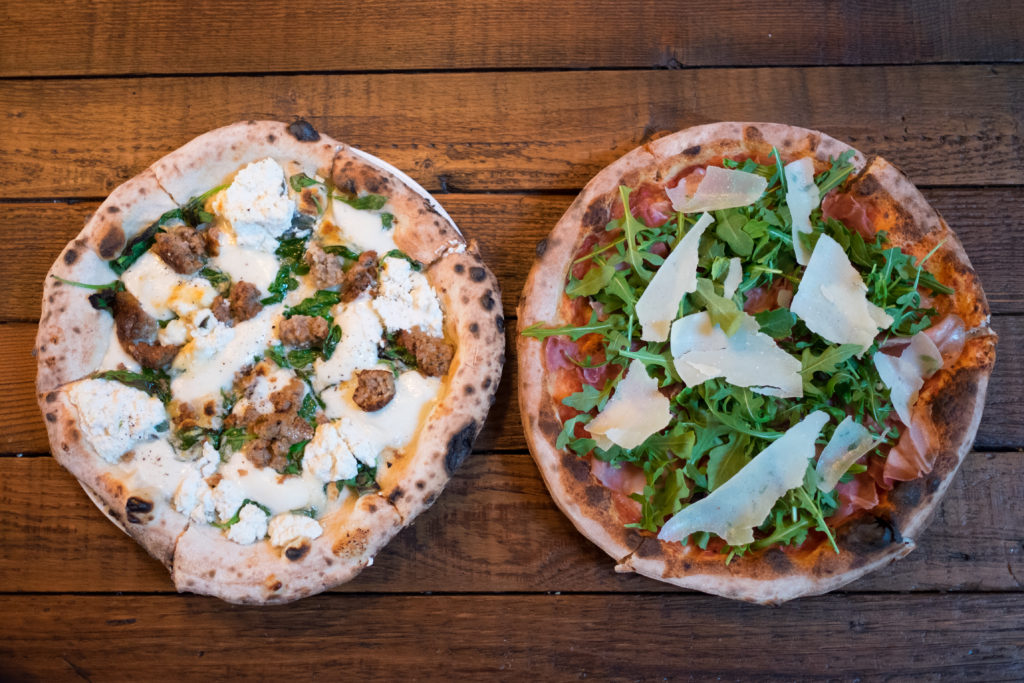 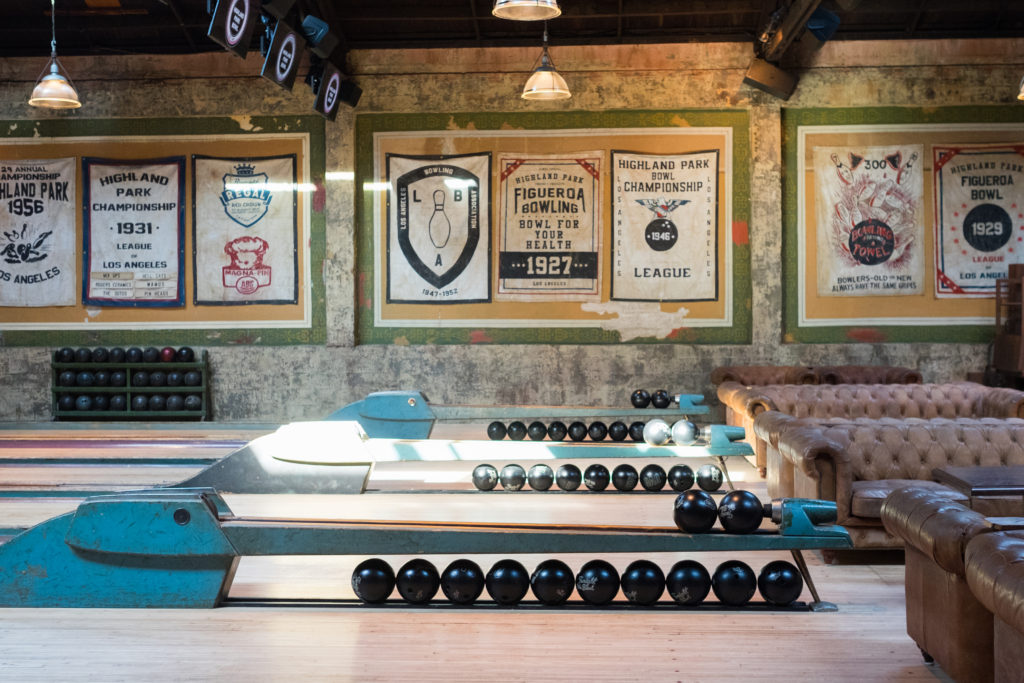 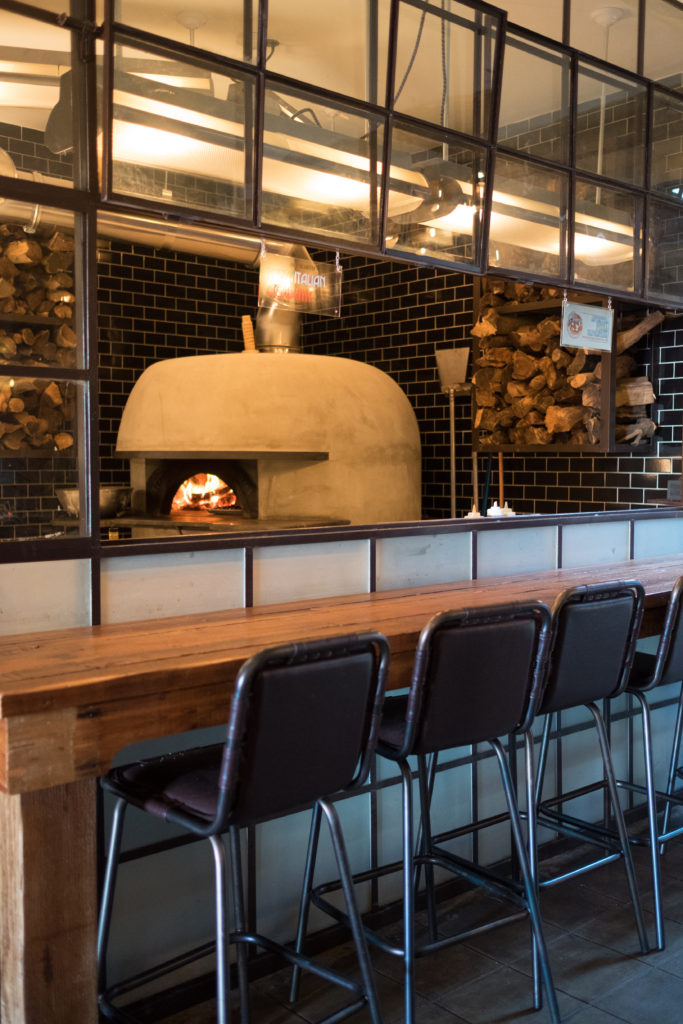 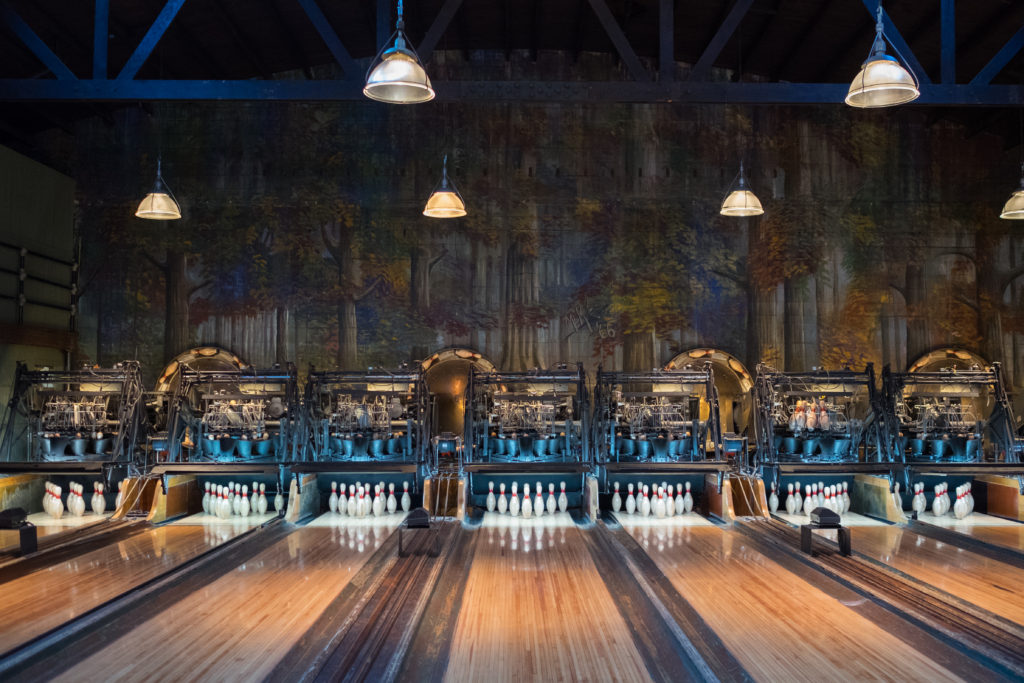 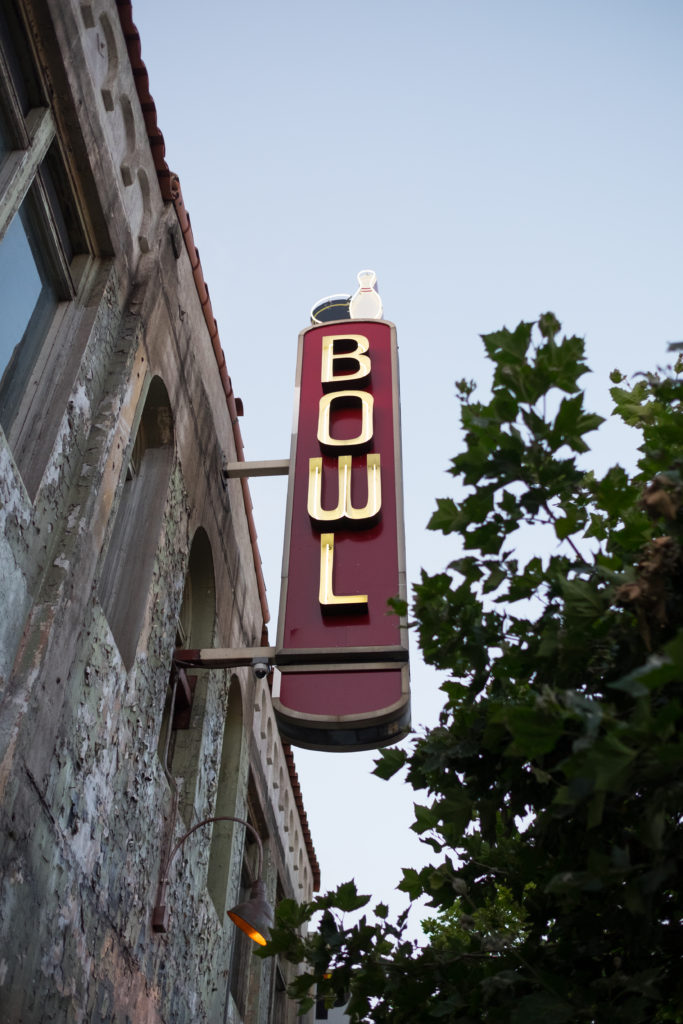 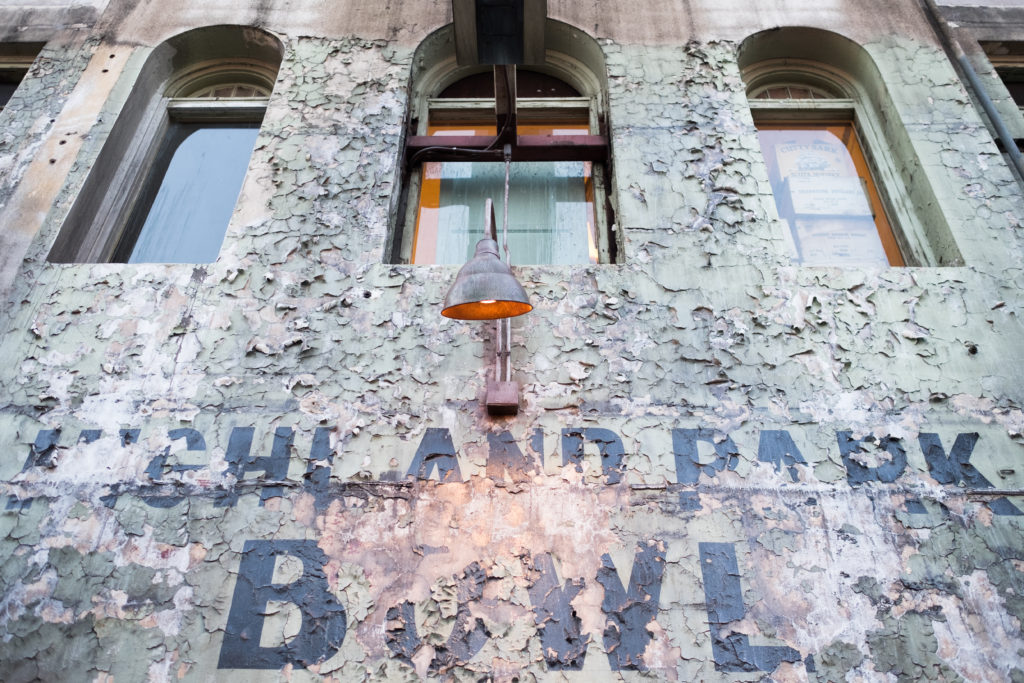 Los Angeles isn’t exactly known for holding onto history for too long; far too often pieces of old Los Angeles are left to decay or completely torn down to make room for the “new.” Highland Park Bowl dates back to 1927 during prohibition era, but has lived a few other lives in between with the most recent being Mr T’s Bowl – a place that could basically not be any further than the polar opposite of Highland Park Bowl of today. Sketchy about sums it up. Fortunately, however, the 1933 Group – a team familiar with taking old things and polishing them up to perfection – saw the space’s potential and took on the risk to restore the alley to its golden days with the addition of a few minimal modern bells and whistles.

What I’m not sure the 1933 Group knew before embarking on this journey was just how incredibly impactful, and meaningful, what they’ve created/re-mastered would be t0 the LA community. At first thought you kind of want to bag the idea of another place trying to attempt yet another “prohibition era,” “mustache and plaid” clad concept. But no matter the initial judgement, once you take it all in for yourself and get a better understanding of the intention and result of the whole operation, you’ll realize it’s almost impossible to discount or hate on. In truth, we have a piece of our history back at our fingertips that we can utilize and appreciate now and as often as we like, and we can do so via one of America’s oldest and most favorite pastimes: some good old fashioned bowling.

1933 number one goal in the whole operation was to preserve as much of the original alley as they could; everything from wooden finishes, pin machines, the mural on the back wall, bowling league pennants, and more are all back in use. To add to appeal, outside of it’s alluring vintage feel, the 1933 Group in true 1933 Group fashion created an outstanding beverage program comprised of classic cocktails with modern twists. They also brought on board a serious food program that is overseen by chef Richie Lopez (formerly of Brilliantshine) that includes Neapolitan style pizzas as well as burgers, sandwiches, fries, and other Italian inspired dishes.

Highland Park Bowl is hands down one of the most amazing, impressive, and downright stunning places that has opened during my time as an Angeleno. It’s incredible to see so many people in the community just dying to go bowling again, and it’s even more inspiring to remember how the space came about in the first place. Highland Park Bowl, welcome back to the neighborhood. Judging by a packed house night after night, I think it’s safe to say Los Angeles has missed you.

Must Order | The sandwiches and fries are to die for, don’t get me wrong, but the neapolitan style pizzas are the stars. They have pizzas of both “Rossa” and “Bianca” varieties, and I absolutely loved the Crudo E Arugula (Di Stefano mozzarella, arugula, prosciutto crudo, shaved parmesan) and the Salsiccia e Ricotta (Bloomsdale spinach, ricotta cheese, sausage).

Fun Fact | Some of the bottles of booze you’ll see in the lockers behind the bar (the real dusty ones) are from a discovery made in one of the back rooms while the team was cleaning the joint up! The box hadn’t been opened since the 1970’s, and now they remain on display as part of the spaces history.

Bonus Fact | The beautiful mural on the wall was also a mid-clean up discovery and was painted some-time in the 1930’s, but had been covered up for the better part of the alley’s existence.